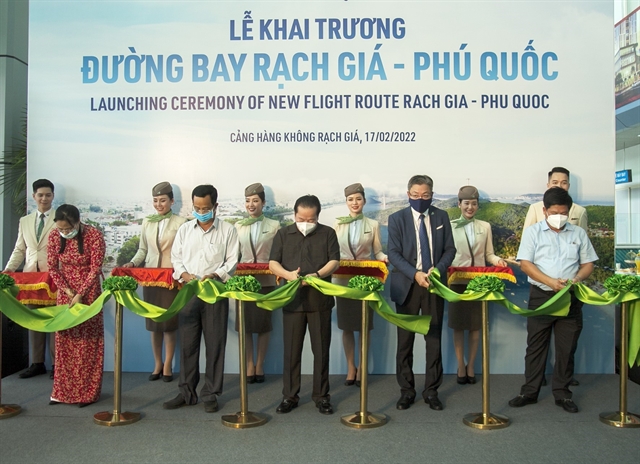 KIÊN GIANG — Bamboo Airways on Thursday operated its first flight from Rạch Giá City in the Mekong Delta province of Kiên Giang to Phú Quốc island, marking the opening of the route.

There will be three flights per week on Tuesdays, Thursdays and Saturdays, each taking only about 20 minutes.

It would help Kiên Giang enhance economic and cultural ties with other localities, and attract more tourists to Rạch Giá and Phú Quốc, he believed.

Permanent Deputy Secretary of the provincial Party Committee Mai Văn Huỳnh called on ministries, agencies, the Civil Aviation Authority of Vietnam and businesses to facilitate the operations of airlines so that more flights to Kiên Giang would be conducted. — VnExpress News