Minh Hoang was in his dormitory when startled by loud noises outside. Opening his window, he witnessed explosions near the Ukraine-Russia border.

“My friends and I are still in the dormitory despite the fact we’ve been advised to seek refuge in the university’s main building,” the Vietnamese international student living in Kharkiv told VnExpress at around 6 a.m. local time (11 a.m. Hanoi’s time).

“At this point, we must remain calm and wait to see how the situation develops.”

Two hours prior, Russian President Vladimir Putin had announced the launch of a “special military operation” in eastern Ukraine with the goal of protecting Donetsk and Lugansk, two breakaway areas of the Donbass region.

Russia has repeatedly accused Ukrainian government troops of breaking the Minsk agreements and has threatened to use force to retake control of the entire Donbass region.

The Ukrainian government has denied all allegations and has stated that Kyiv has no plans to go to war.

“I heard a rumbling noise outside my room around 5 a.m. I was startled awake and assumed other students were playing because there was a holiday in Ukraine the day before, or that someone had set off fireworks on their own to celebrate their birthday.”

“I then looked outside and saw lots of strong flashlights. I heard a loud ‘boom’ when I opened the window.”

Though Hoang stated that the explosion was not too close to his dormitory, it was close enough that he could hear the loud noise.

Since his dormitory is on high ground, he could see the explosion and what appeared to be Russian artillery firing from the other side of the border, according to him.

He stated that he was very confused about how things would evolve.

Hoang has been keeping a close eye on the development of tensions between Ukraine and Russia in recent days, as the city of Kharkiv is close to the border.

He was aware of the rising tensions between the two nations but hoped both sides could reach a peaceful resolution to their dispute.

Even though the Russian government confirmed it was only targeting Ukrainian military troops, he stated that “no one knows for sure how things would play out when the bombs are dropped.”

“I am very concerned since I haven’t finished my studies. I also called my teacher and he told me it is best to leave because the war had begun. But I don’t think I can do it right now since I don’t know where I should go.”

Van Thuy, a Vietnamese living in Ukraine for the past 35 years, stated that the situation in Mariupol City in southeastern Ukraine remains stable.

Friends called him around 5 a.m. to tell him the Russians had opened fire, but he didn’t hear the sirens or the government’s announcement to hunker down at home.

Mariupol was a former conflict hotspot between government forces and separatists, especially in 2014.

Thu claimed there was a time when forces from both sides had taken turns controlling the city.

“At the time, the separatist flag was hung up in the city the day before. But the next day, the Ukrainian flag was raised. The administrative committee building was destroyed by tanks, and the city has yet to finish repairing the damaged structures,” he said.

Because he had lived through the most intense period of war, he believed the situation in the past was not as dangerous as it used to be.

People in the city rushed to buy goods to hoard in 2014 after the information about war broke out. But this time everyone “acts as if nothing happened.”

Thuy stated that he intends to go to the market, where he is currently working, as usual, but that he would continue to closely monitor the ongoing developments from both sides.

“I believe the Russians are only targeting military troops. There are a lot of people of Russian origin in Ukraine so Russia wouldn’t want to harm its citizens living here,” he said.

Thuy and his friends have been driving to other provinces to pick up goods in recent weeks and have encountered no problems.

Though he still follows news updates, he admits he is not too concerned about political issues.

He believes the war would not be as fierce as it was in 2014, and all he wants is for the parties to settle their differences peacefully, allowing civilians in Ukraine and the Vietnamese community to carry on living in safety.

The U.S. and Western nations condemned Russia’s move during an emergency session of the United Nations Security Council on Feb. 22. Meanwhile, Russia accused Ukraine of undermining the Minsk agreement and chastised the West for pushing Ukraine into conflict.

Russia emphasized that the door to diplomacy in the Ukraine crisis remains open.

Following Putin’s announcement, Vasily Alekseevich Nebenzya, Russian Ambassador to the United Nations, confirmed at the emergency meeting of the United Nations Security Council that Moscow is simply conducting a military operation, not an attack.

“The root of today’s crisis around Ukraine is the actions of Ukraine itself, who for many years were sabotaging its obligations under the (Minsk agreement).”

He claimed that the Russian operation aimed to protect residents in the separatist pro-Moscow regions of eastern Ukraine, “who for eight years have been cowering from Ukrainian shelling.”

Meanwhile, Ukraine’s ambassador to the United Nations Sergiy Kyslytsya said: “It’s too late, my dear colleagues, to speak about de-escalation.”

“I call on every one of you to do everything possible to stop the war,” Kyslytsya added.

The Ukrainian ambassador called on the United Nations to ask the Russian ambassador to step down from his Security Council position.

Last minute cancellation by The Moffatts, A1 upsets HCMC fans 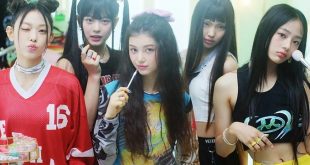