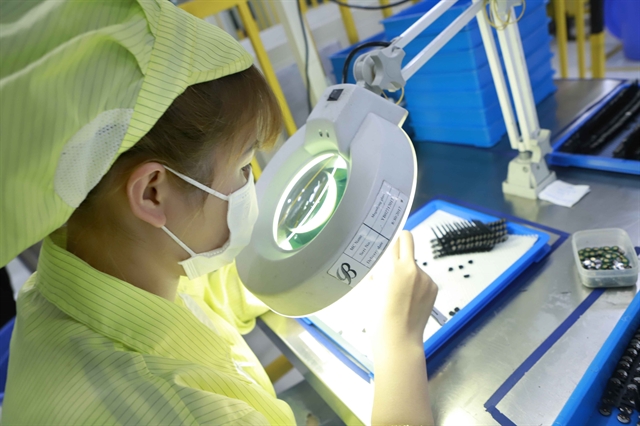 HÀ NỘI — The Asian and African markets played an important role in the growth of Việt Nam’s trade thanks to positive import-export figures in 2021, according to the Ministry of Industry and Trade (MoIT).

Last year, bilateral trade between Việt Nam and the Asia-Africa regions topped US$444 billion, up 23 per cent year-on-year, or 67.3 per cent of the Southeast Asian country’s total trade value, according to the General Department of Customs.

Việt Nam’s exports to the two blocs hit $165.9 billion, a year-on-year increase of 15 per cent or equivalent to 50.2 per cent of the country’s total export turnover.

Việt Nam’s exports to major Asian partners such as China, South Korea, Japan and ASEAN all saw high growth rates last year, contributing to the positive growth of the country’s exports to the bloc.

According to the MoIT, Việt Nam’s total import turnover from the Asian and African markets also experienced a significant increase of 28 per cent to $278.35 billion last year, accounting for 84.3 per cent of its total import value.

The ministry said imports from the Asia-Africa region helped maintain the country’s supply chain, input materials for production and meet the needs of the people.

It is forecast that in 2022, Việt Nam’s trade with markets around the world will continue to face many difficulties. The COVID-19 pandemic remained an obstacle to the recovery of the global economy as new variants continue to appear, thus increasing the spread and challenging global vaccination efforts.

Demand for goods in the manufacturing and consumer sectors might recover to pre-pandemic levels, but a growth spike was unlikely, it said, adding that many countries would continue to apply strict measures to control people and goods at border gates and seaports.

To overcome these obstacles, the MoIT said that it would closely follow the State directions on ensuring production activities, maintaining the supply chain, constantly expanding export markets, ensuring supply from the import market while focusing on implementing solutions to help businesses effectively tap into the Asian and African markets in the coming time.

Specifically, it would continue to improve the legal framework for bilateral trade and sub-regional cooperation of Việt Nam with partners in the region to diversify markets and import and export products towards the country’s sustainable commercial development.

At the same time, high-level co-operation with foreign partners would be included to remove difficulties, maintain smooth commercial activities, and help businesses recover after the pandemic.

A survey by the MoIT and Việt Nam Chamber of Commerce and Industry revealed that businesses had not yet grasped many opportunities from markets that Việt Nam had signed FTAs with due to lack of information.

The MoIT said it would pay more attention to providing enterprises with updated information and guidance on market access to raise their awareness about key market developments, expanding information on new and niche markets.

The ministry will promote trade activities, and support businesses to attend fairs and exhibitions both online and in-person. Facilitating digital transformation and application of information technology in State management of trade and trade promotion will be part of its efforts.

Meanwhile, it will concentrate on improving the capacity of enterprises to respond to trade remedies of other countries, and actively researching and proposing trade remedies to protect the interests of domestic industries.

It will also direct the Vietnamese trade offices and trade promotion offices in foreign markets to promptly inform businesses about the market situation to remove difficulties for enterprise import and export activities. — VnExpress News