Agriculture Ministry cracks down on smuggled medicines for animals 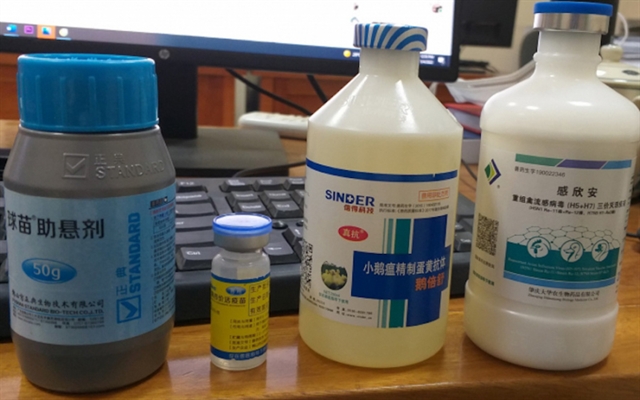 HÀ NỘI — The Ministry of Agriculture and Rural Development asked for stronger actions to curb the transport, trade, and use of veterinary vaccines and drugs smuggled into Việt Nam with their origins unidentified.

The move was made following recent reports from veterinary agencies and media across the country, particularly those about a vaccine against bird flu that has not been licensed for circulation in Việt Nam.

The Steering Committee 389 of border provinces was asked to strengthen inspection and promptly detect and strictly handle cases of transporting and trading in smuggled and unknown-origin veterinary drugs and vaccines.

The committees were suggested to go directly to hot-spot areas to guide, urge and inspect the implementation of measures to prevent the transportation and trade of smuggled veterinary drugs and vaccines.

The ministry also proposed that the People’s Committees of provinces and cities inspect, check, and control, especially at border gates, trails, and border crossings in border areas, to promptly and strictly handle violations.

When detecting smuggled shipments of veterinary drugs and vaccines, they must be handled and destroyed according to regulations.

According to the ministry’s statement, any criminal signs detected should be reported and transferred to competent agencies for strict punishment. — VNS