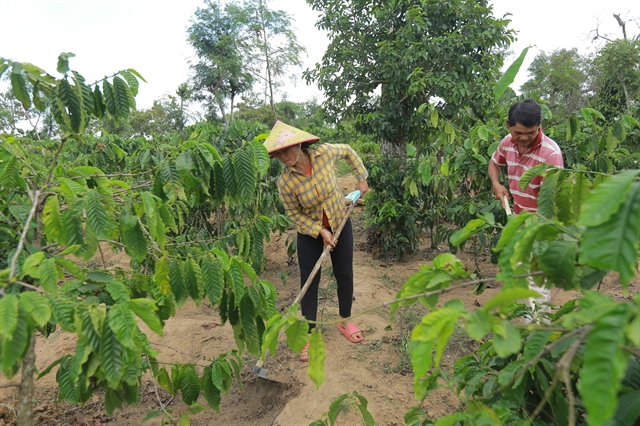 Deforestation-free jurisdictional approach to ecosystem management and protection will be applied so that farmers can stay on their land for sustainable incomes. — Photo courtesy of the UNDP

ĐÀ LẠT — A project to strengthen integrated sustainable landscape management through a deforestation-free jurisdiction in the Central Highlands Lâm Đồng and Đắk Nông provinces was launched on Friday.

Natural forests in Việt Nam, like most in other countries, are facing a paradox. They are recognised as an invaluable source of goods and services, sustaining the livelihoods of millions of people and supporting vital ecological services such as climate regulation and biodiversity.

These populations directly dependent on natural forests and playing a major role in forest protection are frequently also the poorest and have fewer economic opportunities than populations living in urban areas.

In addition, the degradation of agricultural lands due to chemical pollution and soil erosion has become extremely serious and has led the Highlands to account for 22 per cent of Việt Nam’s natural emissions in land use. Each year, approximately 6.8 million of CO2 is released from coffee farms in the Central Highlands from fertilisers, residues, and fuel.

To transition towards a model of sustainable landscape management without deforestation, the new EU-financed project in Lâm Đồng and Đắk Nông will be developing and piloting an integrated approach to ecosystem management and protection by creating sustainable incomes from the forest that will enable farmers to stay on their own land and contribute to improved livelihoods for people living near forests.

In his remarks at the workshop, Jesus Lavina, first counselor, deputy head of the Cooperation Department of the Delegation of the European Union to Việt Nam, said: “The project’s three specific objectives – to enhance forest ecosystems, improve livelihoods, and sustain food production – are highly relevant in the Central Highlands and fully aligned with policies and strategies of both Việt Nam and the European Union. Joining our forces in tackling deforestation and forest degradation will positively impact local communities, including the most vulnerable indigenous peoples who rely heavily on forest ecosystems.”

Patrick Haverman, deputy resident representative of UNDP Việt Nam, said: “The project is designed to use a deforestation-free jurisdictional approach, a holistic framework to demonstrate sustainable development without deforestation in a particular jurisdiction as a key to achieve the expected results. This is an innovative idea that has been accepted globally.”

The Government highly appreciates the project as an essential and relevant initiative to directly contribute to the implementation of the Sustainable Development Goals, as well as national strategies and commitments to reducing greenhouse gas emissions, green growth, forest protection, and the sustainable agricultural development of both Việt Nam, and the Central Highlands in particular.

The project will be implemented over four years (2022–2026) in Lâm Đồng and Đắk Nông provinces. The project’s targets by 2026 are to protect 25,000 hectares of natural forest; reduce harmful CO2 emissions by three million tonnes; enable 35 per cent of the project area’s marginalised populations in both provinces to benefit from improved livelihoods, especially women and ethnic minorities; and increase the total value of commodities in the project area by 25 per cent.

Its results will be replicated and integrated into Việt Nam’s development strategies and policies.

The project’s total budget is five million euros, funded by the EU through UNDP Việt Nam.