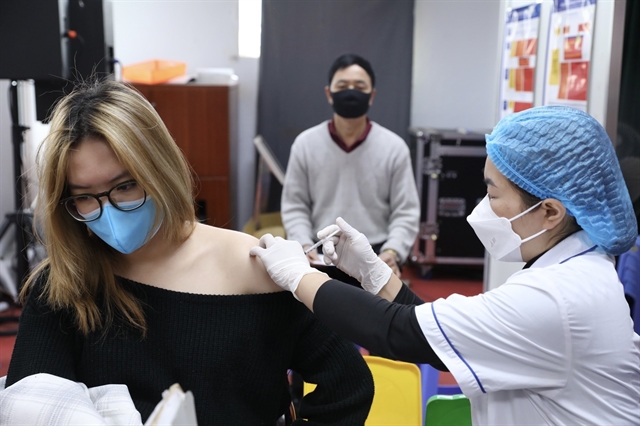 HÀ NỘI — The Ministry of Health on Tuesday sent an urgent dispatch urging localities to speed up the spring COVID-19 vaccination drive, lasting from January 29 to February 28.

The ministry said during the Tết (Lunar New Year) holiday, the first leg of the spring vaccination campaign, 1.5 million doses of COVID-19 vaccines had been administered, which was quite low compared to previous average daily vaccinations of about 1 million doses.

By the end of the sixth day of the new Lunar year (February 6), 182.5 million doses of vaccines had been administered in Việt Nam, a country of 98 million people, with two-dose coverage in the population aged 12 years and older hitting 95.5 per cent.

25 per cent of adults have received additional/booster vaccine shots.

The Government aims to wrap up second-dose vaccination for people aged 12-17 years in February, and provision of third shots for all adults (except for contraindicated people), as well as carry out the administration of vaccines for children aged 5-11 years.

To fulfil the vaccine coverage goals in the first quarter, the health ministry urged provinces and units to continue to carry out the spring vaccination campaign according to the ministry plan.

Localities should pay attention to vaccinations for recent arrivals, people about to travel, and workers returning after the Lunar New Year holiday.

Mobile vaccination points should be arranged at factories, industrial parks, schools and cultural centres where necessary.

The vaccination campaign is key to elevating Việt Nam’s coverage in an attempt to reduce risks of infections, patient numbers, hospitalisations and deaths, as the country is ramping up its reopening efforts. — VnExpress News