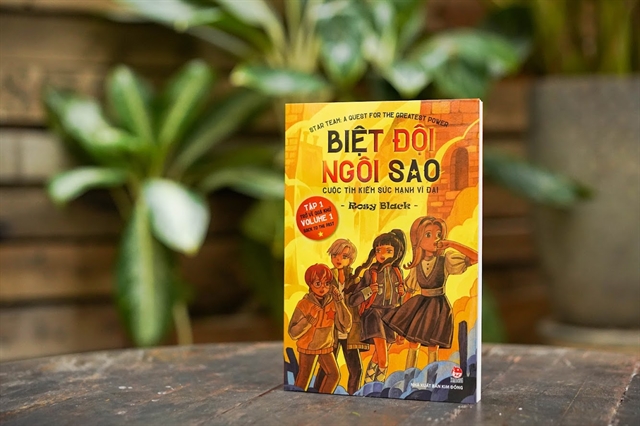 HÀ NỘI — A young writer has taken her first steps to stardom after publishing the first volume of a children’s book.

She may only be 11-years-old, but Nguyễn Hạnh Phương, who writes under the name Rosy Black, has a great literary future ahead of her.

Four more of her books, Back to The Past; To The Future; Up to Heaven and Down to Hell, will be released in the future.

It is a story of four English adventurous children aged 12. They are classmates and each of them has a gift such as reading old language, navigating, wizardry and robotics.

They discover a box with the letters The Box of Greatest Power in a house but a character called Death steals it from them. The story tells of their quest to get the box back.

Phương writes in English first and then translates into Vietnamese. She was taught English at the age three by her mother — an English teacher. At the age of four, she could read both Vietnamese and English. She has read so far over 1,000 books mainly in English. 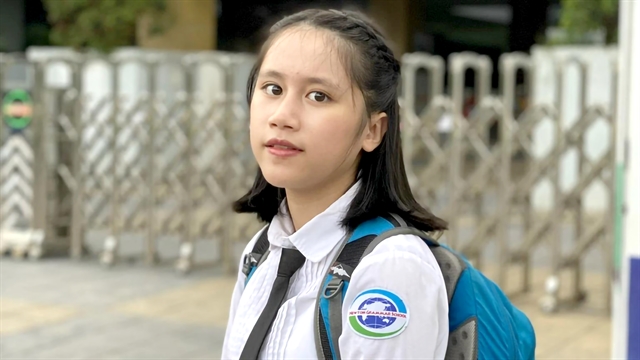 Phương has won gold and silver medals at Asian Science and Mathematic Olympiad in Việt Nam in 2020 and 2021. Plus, she is also a contributor for English teaching programme on Việt Nam National Television’s Channel 7.

She has written fictional stories in the past but Star Team: A Quest For The Greatest Power is the first her work to be published. She is currently writing the second book which will be published at the end of 2022.

The story highlights friendship, courage and solidarity. Young readers will see them in the story while the adult readers will turn to their youthful years, according to Võ Thiên Hương, the Kim Đồng Publishing House’s communication officer.

The bilingual book will help and inspire children to learn and practise English like its writer, said Hương. — VnExpress News