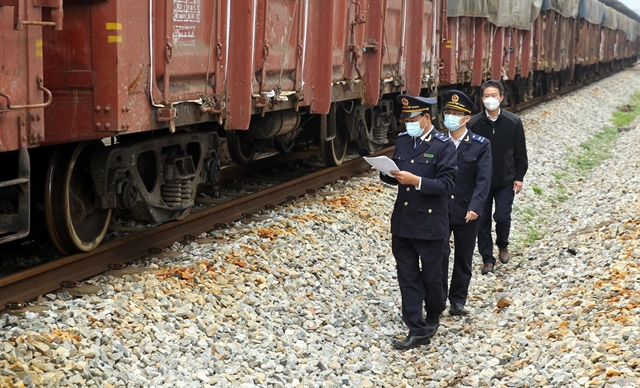 HÀ NỘI — International railway freight between Việt Nam and Europe beginning this month has been postponed as a result of the Russia-Ukraine conflict, according to an official from the Việt Nam Railways Corporation (VNR).

Transport along the route through China, Kazakhstan, Russia, Belarus and Poland to Germany and other Western European countries is likely to be affected if the railways from Poland to Belarus stop operation due to the conflict, Vương Khả Sơn, head of the VNR’s transport department told Vietnam News Agency.

The transport of goods to Europe transiting Russia also faces the same problem, Sơn said, however the freight transport from Việt Nam to Russia should not be affected.

According to the VNR, the Director-General of the International Union of Railways (UIC) has sent letters to members informing them that UIC suspended Russia and Belarus’s membership. This means that Russian and Belarusian railways cannot participate in the union’s activities or benefit from its services.

Việt Nam initially planned to organise a train to transport containers from the central city of Đà Nẵng to Europe in early March, but the plan has now been shelved.

According to the VNR, nearly 1.16 million tonnes of goods were transported abroad by trains in 2021, surging 34 per cent compared to the same period last year. Of which, the Đồng Đăng Railway Station of the northern border province of Lạng Sơn witnessed increases of 82 per cent in the volume of goods in the fourth quarter of last year.

Minh said the railway sector would shift to freight transport to compensate for the decline in passenger transport, focusing on promoting international transportation between Việt Nam and China and third countries such as Russia and those in Europe and Central Asia.

However, Phan Quốc Anh, VNR deputy general director, said that the railway industry’s existing infrastructure and warehouse capacity is very poor and did not meet the requirements of international railway transport.

Now, only Đồng Đăng, Lào Cai, Yên Viên and Hải Phòng stations have customs offices to carry out customs clearance for import and export goods, so when cargo volume increases, there is congestion of goods at these stations.

Therefore, the VNR has proposed the Ministry of Transport upgrade infrastructure, including warehouses, to meet the requirements of the international railway network.

Of which, the Kép station in Bắc Giang Province would relieve cargo congestion at the border gates and two existing international intermodal stations, Yên Viên and Đồng Đăng.

In the long term, Ngọc Hồi and Sen Hồ stations in Bắc Giang should also be upgraded, according to the corporation. Under the development plan, Ngọc Hồi station would replace Giáp Bát station, which is the freight train station south of Hà Nội.

Meanwhile, expansion of the Sen Hồ station and development of a railway system connecting with industrial parks in the province would transport goods by rail for these industrial zones.

It is necessary to build the new Nghi Long station in Nghệ An Province belonging to the North-South railway system due to the development of industrial zones in Nghệ An Province and the demand on the transit of goods through Laos and Thailand and transport of cargo by railways to ports in the central region.

The Ministry of Transport’s representative said the ministry would coordinate with other ministries and sectors to create a capital mechanism and investment policy to remove infrastructure bottlenecks of the railway industry.

Initially, the ministry will request the railway project management board to speed up the approved railway station expansion projects. —  VnExpress News