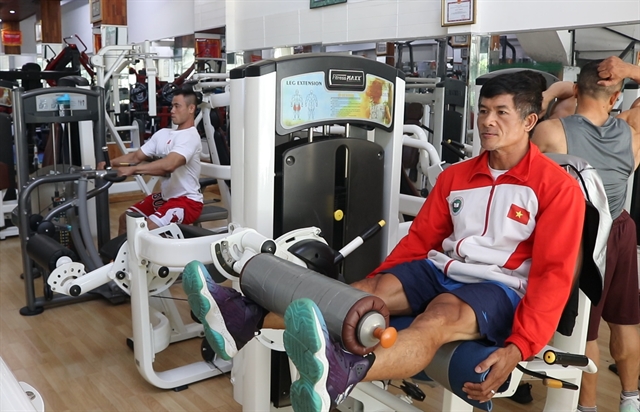 Việt Nam’s national bodybuilding team trains for SEA Games 31 that will be held in Hà Nội in May. – – VnExpress News Photo Việt Dũng

HCM CITY – Vietnamese bodybuilders are excited as their sport returns to the SEA Games after a nine-year hiatus and are eyeing a major medal haul to make the comeback memorable.

Nguyễn Văn Hải, head coach of the national team, told Việt Nam News that the bodybuilders were going through two training sessions a day everyday (one in the morning and one in the afternoon) except for Sunday, when they only train in the morning.

Bodybuilding is one of Việt Nam’s sport fortes at the regional level, but the sport has been left out of the SEA Games since 2013, when the event was held in Myanmar.

“Now, after nine years, bodybuilding is back in the SEA Games. Our athletes are preparing very thoroughly and are very excited to compete.” 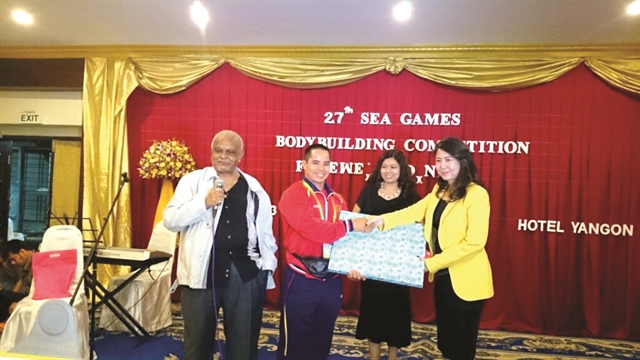 Nguyễn Văn Lâm (2nd left), a Vietnamese bodybuilder, won a gold medal at the SEA Games 27 held in Myanmar in 2013. The sport has been absent from SEA Games since then and returns this year. – Photo courtesy of Nguyễn Văn Hải

Out of 17 athletes training in HCM City now, 14 will be officially selected to compete in the 31st edition of the SEA Games that will be hosted by Việt Nam next month.

The team began preparing for the SEA Games in April last year, back when the event was scheduled to be held on November. However COVID-19 pushed the event to May this year. 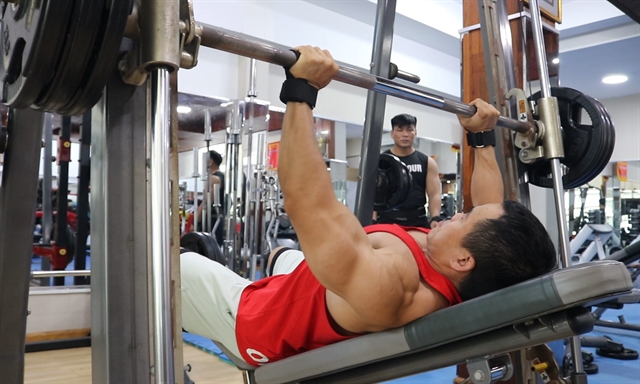 FEEL THE BURN: The pressure on the team is big this year, with the target of four gold medals and topping the medal board in bodybuilding. – VnExpress News Photo Việt Dũng

This interrupted the bodybuilders’ training for six months; the athletes had to train by themselves at home, without access to full equipment and all the necessary nutrients.

“Despite all the problems, they are trying their best and are very eager to compete, especially this year when they get to compete in their home country,” Hải said.

SEA Games 31 will be held in Hà Nội from May 12 to 23. The bodybuilding competition will take place May 13-15 in 10 categories. Female bodybuilders will compete at the event for the first time in SEA Games history. 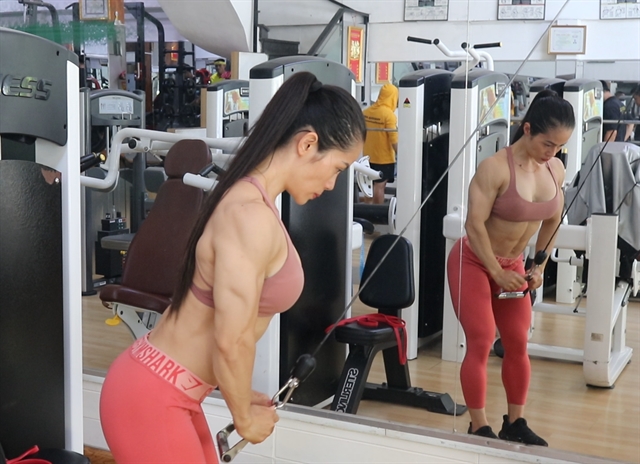 Đinh Kim Loan, one of Việt Nam’s most famous female bodybuilders, is both excited and nervous as women are competing in the sport for the first time in SEA Games history. – – VnExpress News Photo Việt Dũng

Đinh Kim Loan, one of the most prominent female bodybuilders in Việt Nam, told Việt Nam News that the athletes were making their final preparations for the event.

The pressure on the team was big this year, with the target of four gold medals and topping the medal board in bodybuilding, head coach Hải said.

They would face stiff competition from opponents like Myanmar and Thailand, who are also strong in bodybuilding, he said.

While Loan is happy to compete, she is also feeling the pressure.

“I will do my best to achieve the best results for my country. I am not competing for myself anymore, but for our country, and we will have a lot of Vietnamese in the audience supporting us.”

Nguyễn Minh Tiến, another bodybuilder, acknowledged that there was some worry, but the national team remained focused on its mission.

“All of us are training hard and we will try our hardest to achieve the best possible results for Việt Nam.”  – VnExpress News