VN automobile market inched up in 2021 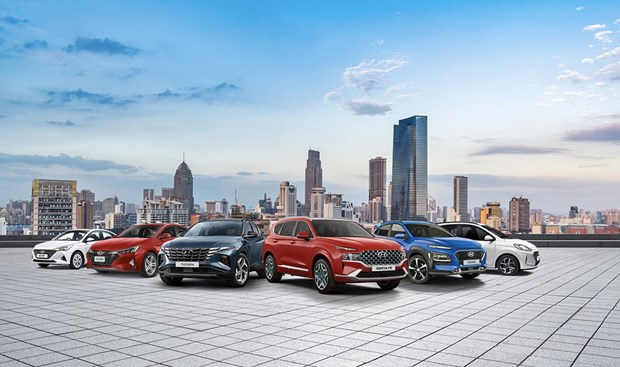 The Việt Nam Automobile Manufacturers Association (VAMA) reported its members sold 304,149 cars in 2021, rising 3 per cent from the previous year, with passenger cars down 3 per cent, commercial vehicles up 17 per cent, and special-purpose ones up 50 per cent.

Among the vehicles sold, there were 168,357 domestically assembled cars and 135,792 completely built-up (CBU) units, respectively declining 10 per cent and rising 24 per cent year on year.

Apart from VAMA members, many other brands like Audi, Jaguar Land Rover, Mercedes-Benz, Nissan, Subaru, Volkswagen and Volvo also operated in the market but didn’t reveal their business outcomes.

Added to statistics from TC Motor and VinFast, which are not members of VAMA, a total of 410,390 units were sold in the local market last year.

In another move, to boost the development of electric vehicles to meet the Government’s target on reducing emissions, the National Assembly earlier this week voted to cut special consumption tax on battery-run electric cars for a period of five years.

With effect from March 1, the tax on various types of battery electric vehicles (BEVs) will be reduced by 3-12 percentage points from current levels and be valid until February 28, 2027.

According to the National Assembly’s Standing Committee, the new incentive policy will promote the purchase of environmentally-friendly vehicles and reduce emissions as targeted by the Government.

Besides, the committee added, the introduction of incentives to attract investors earlier than other Southeast Asian countries would create great opportunities for Vietnamese companies to produce BEVs for both domestic and foreign markets. A number of domestic companies are preparing to begin production of BEVs. — VnExpress News

Previous HCM City preschools to reopen in February, but optional
Next SeABank to offer over 181.3 million shares to shareholders