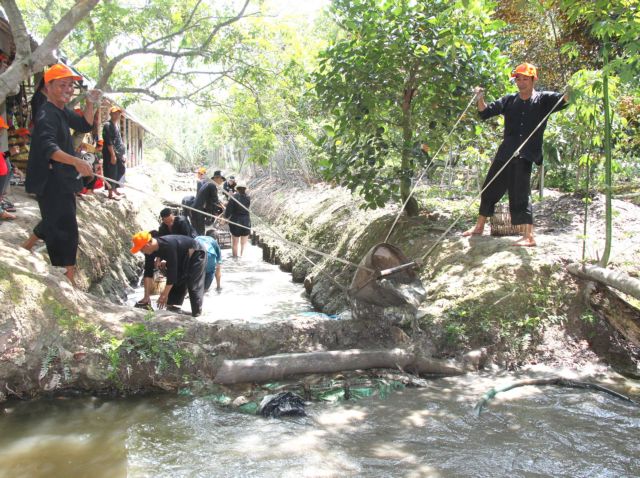 VĨNH LONG — The Mekong Delta province of Vĩnh Long has launched a tourism promotion programme to attract locals and expats.

Under “Vĩnh Long Tourism – Safe and Attractive Destination”, to run until the end of this month, the province is encouraging travel companies to develop new and diverse tourism products at attractive prices and promotions while also ensuring service quality.

It is also encouraging them to market and advertise the products in the media and social networks.

It requires tourism boats to be inspected regularly and equipped with lifebuoys and other equipment needed to ensure tourists’ safety on rivers.

Vĩnh Long is situated between the Tiền and Hậu rivers, two tributaries of the Mekong, and is well equipped to develop tourism products related to rivers, orchards, handicraft villages, and the countryside.

It has taken a number of measures this year to revive the tourism industry post-COVID.

The three-day festival in April attracted more than 14,000 visitors, according to Vĩnh Long’s Department of Culture, Sports and Tourism.

During the April 30-May 1 national holidays the province received more than 50,000 tourists and revenues of VNĐ25 billion (US$1.1 million).

Hotels reported an occupancy rate of 70 per cent during the period.

Nguyễn Trọng Tín, head of the department’s tourism management division, said the rise in number of tourists was a good result for the efforts to revive the tourism industry.

The province hopes to attract 600,000 tourists this year, according to the department.

It plans to develop new tours, including one on the Long Hồ River along which are many historic heritage sites, ancient houses and craft villages.

The conical leaf hat village has been practising the craft for many generations.

Trương Thị Vĩnh Xuân, deputy chairwoman of the Long Hồ Town People’s Committee, said half of the more than 400 households in the village make the hats.

Developing tourism services would help preserve the occupation, she added.

Tín said the province has exploited mostly ecology- and water-related tourism in the islands in Long Hồ District.

The province is seeking investment worth a total of VNĐ6.5 trillion ($284 million) in several tourism projects.

They include Mang Thít Contemporary Heritage, a museum of the Mekong Delta’s agriculture, Giông and Chim island resorts, and An Bình eco-agriculture area. — VNS