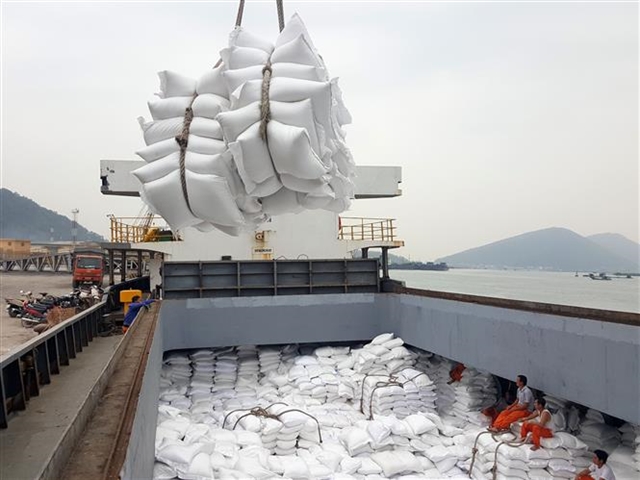 HÀ NỘI — The EU-Việt Nam Free Trade Agreement (EVFTA) has opened up unprecedented opportunities for Vietnamese rice. Thanks to the preferential tariffs, the export of jasmine rice and high-quality rice to the EU has never been so good.

Việt Nam Customs reported that the country’s rice exports to the EU market have not yet recorded a sharp increase in volume, but the export price and value had increased significantly.

The Import-Export Department said this result showed that businesses had effectively taken advantage of the EVFTA to increase the value of rice exports to the EU, especially amid the pandemic, increasing sea freight rates and declining rice imports in the past year.

Statistics from Eurostat showed that the EU rice imports fell by 10.9 per cent in volume in the first nine months of last year and 9.3 per cent in value.

However, among the 10 major foreign rice suppliers to the EU in the nine months, the Vietnamese rice export price to the EU achieved the strongest growth, up 20.3 per cent, reaching an average of $781 per tonne.

Therefore, although the country’s rice exports to the EU dropped, the export turnover still rose by 13.2 per cent.

With 27 member countries, a population of about 516 million people, and a GDP per capita of more than $35,000 per year, the EU market needs to import a large number of goods, especially agricultural produce.

The Việt Nam Food Association (VFA) forecast the country’s rice exports to the EU to increase significantly this year.

Taking advantage of the EVFTA to export jasmine rice with 0 per cent tax was in the hands of enterprises with large raw material areas and cultivated in high standards such as Lộc Trời, Tân Long and Trung An.

In the last days of last year, amid the chaos and difficulties caused by the pandemic, Lộc Trời Group (LTG) completed its export of one final batch of rice to Europe, including 4,170 tonnes of jasmine and white rice.

It was also the first batch shipped in the form of the bulk carrier to save transport costs amid the pandemic.

For the whole year, LTG has exported more than 80,000 tonnes of rice to the EU, the UK, Africa, Australia, the Middle East and neighbouring countries in Asia, earning over VNĐ1 trillion ($43.47 million), or nearly 24 per cent of the group’s total revenue.

Nguyễn Duy Thuận, general director of the group, said that with an order of more than 4,000 tonnes just exported to the EU, the group believed that there would be more rice and agricultural produce produced in a greener and more sustainable direction to meet the strict requirements of the import market.

Lộc Trời was also the first enterprise to export an order of 126 tonnes of jasmine rice to the EU under the EVFTA, right after the agreement took effect. The group’s rice exports accounted for nearly 70 per cent of Việt Nam’s total rice exports to the EU last year.

Meanwhile, Trung An High-Tech Agriculture Joint Stock Company has also taken advantage of the EVFTA to export thousands of tonnes of rice to Switzerland, France and Germany.