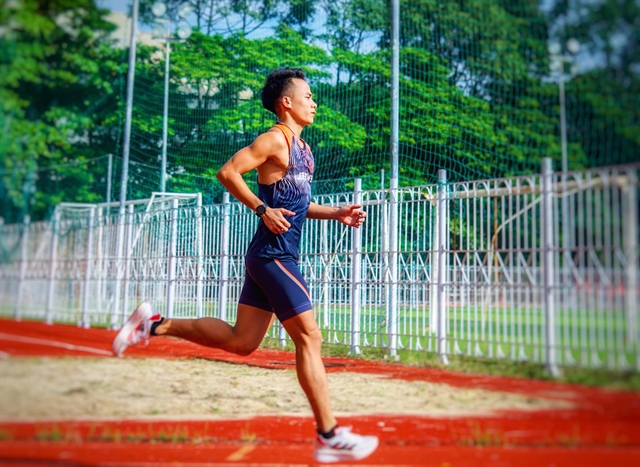 HÀ NỘI — While most people spent the recent nine-day Lunar New Year holiday eating, drinking and spending time with their loved ones, Nguyễn Thành Ngưng was putting in the hard mileage and keeping to his strict training regime, in preparation for the walking event at the Southeast Asian (SEA) Games.

Ngưng, along with hundreds of Việt Nam’s track-and-field athletes, has been in intensive training for the SEA Games in May in Việt Nam.

To them, this Games is more important than any other as they will be competing on home turf.

“I won a bronze medal in my SEA Games debut in 2011 in Indonesia, and haven’t bettered that result since,” said Ngưng.

“When I competed in Asian championships, I walked faster than the SEA Games gold medalists. But since the 2011 SEA Games, I went home empty-handed. I will do my best this year.”

The 29-year-old can be considered one of the best walkers in ASEAN. He got the highest result among ASEAN athletes at the Asian Championships. He was the only ASEAN competitor at the Rio Olympic Games in 2016.

His personal best in the 20km walk is also a national record, at 1hr 23.26min, about eight minutes faster than SEA Games reigning champion Hendro Yap of Indonesia.

Ngưng has dominated the national championships for more than a decade. Last December’s victory was his 12th title in a row, promising him a berth in the SEA Games team.

“Winning a SEA Games gold is my lifetime wish. It would be much more wonderful if I can make it on home soil,” Ngưng said.

Sharing the same dream is Phạm Thị Hồng Lệ, who will compete in the marathon and 10,000m events.

Lệ won bronze and silver at the previous Games in the Philippines.

After a successful 2021, she believes she has a chance of grabbing gold this Games. 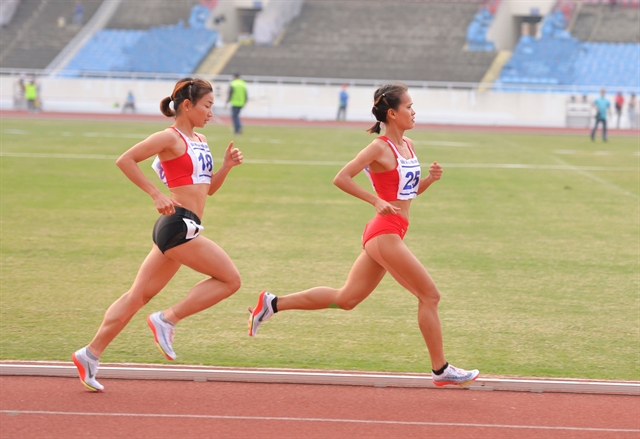 Phạm Thị Hồng Lệ (right) competes in the 2021 National Athletics Championship. She targets a gold medal in the marathon event at the 31st SEA Games. Photo courtesy of Triệu Linh

“The 31st SEA Games will be a rare opportunity for me and my teammates. Not every athlete has such a special chance to win gold at home. The chance comes and might not return (in a career of an athlete), so I will do everything to win,” said Lệ.

Having not won an individual gold ever, siblings Quách Công Lịch and Quách Thị Lan are eager to be champions in the coming SEA Games.

They compete in the men and women’s 400m hurdles and spent all new year holidays at the Hà Nội National Sports Training Centre, their first time away so far from home.

“We often suffer injuries prior to international tournaments, especially SEA Games, and so cannot perform to the best of our ability. We cannot win gold with a poor mentality,” said Lịch.

At Hà Nội’s Games, Lan has set herself to win in the 400m and 400m hurdles, while Lịch hopes to put in his best performance yet. Both hope to defend their titles in the relay. 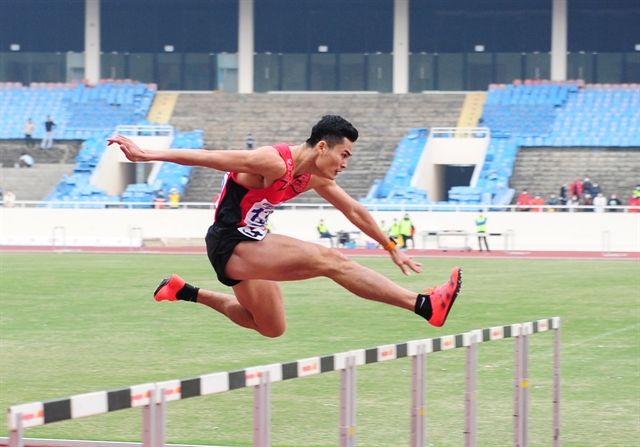 “It is difficult to talk about our results at the coming SEA Games. But we believe that we will reach our targets,” Lan said.

“The 31st Games is an important tournament of the year, and we have been working very hard throughout holidays. Staying far from home in those days was not comfortable for us, but we encouraged each other and focused on practising to overcome being homesick.”

Metres away from these middle-distance runners, Nguyễn Văn Lai was warming up for his training.

Lai wants to take back his 5,000m and 10,000m titles after losing both to Thai Kieran Tuntivate in the previous Games.

“I hope to improve my time in the remaining months before the SEA Games. 5,000m is my strong point and I want to pass Tuntivate, who stole my gold by one second,” said Lai, who has a personal best of 14:04.82.

The 36-year-old won in these two events over the past 12 years and dominated the regional competition in 2013, 2015 and 2017, before Tuntivate joined the Thai team.  VnExpress News