Major travel firms in Vietnam have begun selling tours to several Asian countries after the latter relaxed their entry requirements.

Leading travel firm Vietravel is launching a four-day tour package to Phnom Penh and Siem Reap with prices of up to VND19.9 million ($883.58) and a five-day tour of Maldives, famous for pristine islands with turquoise waters, that costs around VND69 million per person.

Besides focusing on recovery of domestic tourism market, Vietravel, which has begun operating its own airline, would gradually resume outbound tours in the context of many Asian countries reopening their borders to international tourists with eased travel restrictions, Khanh said.

HCMC-based Saigontourist is offering a five-day tour package to Maldives with prices of up to VND65.99 million per person that is scheduled to depart February 24 and March 17-31.

The company is also selling a six-day tour package to San Francisco and Los Angeles for nearly VND90 million per person. This tour is scheduled to start on February 26.

A Saigontourist representative said the company would launch tour programs soon to Thailand’s Bangkok and Pattaya, favored tourist destinations among Vietnamese before the pandemic.

Nguyen Minh Man, head of marketing at the HCMC-based TST Tourist Co., said his company is ready to resume outbound tours to Southeast Asian countries, Japan and South Korea late this month and early next month.

Tour operators say it is time to resume outbound tours as Vietnam has officially resumed regular commercial flights and regional countries have lifted entry restrictions to welcome back foreign tourists.

After nearly two years of border closures due to the pandemic, Laos, the Philippines and Thailand have reopened international tourism with quarantine exemptions.

Thu Anh, a HCMC office worker, said she had planned to visit Thailand during the four-day Reunification Day (April 39-May 2) holiday but was still waiting for consistent regulations before finalizing the trip.

“I am afraid, I can contract the new Omicron variant while traveling and would be taken to centralized quarantine facilities upon returning home,” she said.

“Also, due to limited flights, the tour price is a lot more expensive than pre-pandemic levels. This is making me hesitate to book a tour and opt to wait some more,” she added.

Representatives of several travel agencies have said that due to limited frequency of regular flights, the current tour prices are 20-30 percent higher than the pre-pandemic times. They also acknowledged that many prospective tourists were still worried about quarantine requirements upon returning home.

Under current regulations, fully vaccinated people and those who have recovered from Covid-19 arriving in Vietnam only need to self-isolate for three days.

Everyone, except children below two, must have tested negative for the novel coronavirus using the PCR method within 72 hours before departure.

Khanh of Vietravel hoped the government would soon announce the official timeline for full tourism reopening so that travel firms have enough time to make plans.

Prime Minister Pham Minh Chinh had assigned the Ministry of Culture, Sports and Tourism Tuesday to work with relevant agencies to announce a roadmap for full tourism resumption soon.

Earlier this month, the PM asked authorities to prepare for reopening the borders to foreign tourists no later than the end of April and ideally at the end of March. 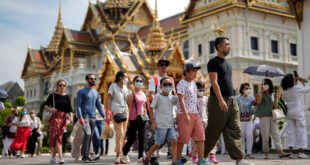 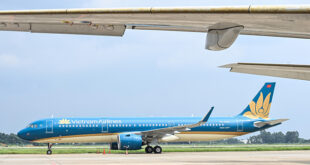 Vietnam Airlines has highest delay rate among domestic carriers in 2022 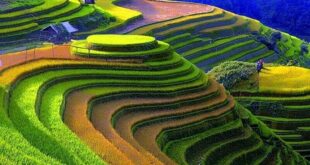 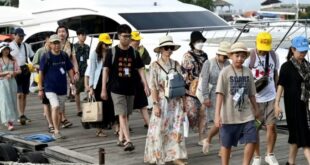