The VN-Index began the new lunar year with a 1.5-percent jump Monday morning, led by aviation and energy stocks.

It gained 22 points to 1,503 points at 11.20 as the market reopened after the nine-day Tet break, reaching a near four-week high.

It represents a 4.1-percent recovery from the bottom of 1,439 points reached on January 18 as investors booked profit before the holidays.

Most brokerages expect the index to rise this week since no negative news came out during the holidays.

Analysts at ASEAN Securities and BIDV Securities said the VN-Index is set to stay in the 1,500 levels this week.

It closed in the green on the opening day on five of the last six years since 2016, only dipping in 2020 when Covid-19 first hit Vietnam.

The VN30 basket, comprising the 30 largest capped stocks, saw 24 of them gain Monday, led by VJC of budget airline Vietjet, which rose by 6.6 percent as investors expect a recovery by the aviation industry after the government announced plans to revive international tourism by March-end.

Vietnam Airlines (HVN) gained 7 percent to the ceiling and its highest in over three months.

Airports Corporation of Vietnam (ACV) rose by 7.4 percent with volumes reaching 321 percent of the average of the last 10 sessions.

POW of electricity producer Petrovietnam Power Corporation was up 6.5 percent.

Companies expected to benefit from rising consumption demand, such as VRE of real estate retail firm Vincom Retail and MSN of conglomerate Masan Group were the other gainers.

The HNX-Index on the Hanoi Stock Exchange, home to mid- and small-cap companies, was up 1.2 percent, and the UPCoM-Index on the Unlisted Public Companies Market had gained 1 percent at the time of publishing. 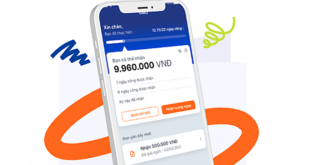