With only a few days left before the first Women’s Asian Cup 2022 game, Vietnam might not have a full team to play due to Covid-19.

On Sunday, only 10 members of the national women’s football team arrived in India for the tournament. Of them, only six are players.

The rest of the squad are still in Spain, where several members tested positive for Covid-19 and were stopped from traveling to India. The team had gone to train in Spain before playing several friendlies.

In the next few days, those eligible to fly to India will gather with the team to prepare for the opening match on Jan. 21 with South Korea. Coach Mai Duc Chung hopes the team will have 11 players for the game.

Vietnam Football Federation also had a plan to reinforce the team with more players, but they can only fly to India on Jan. 20 and it will be difficult for them to maintain good form with only one day to prepare.

Vietnam’s target of qualifying for Women’s World Cup 2023 in this tournament is seriously threatened.

In case Vietnam don’t have 11 players to field in the opening game with South Korea, they will lose 0-3 by default, according to Asian Football Confederation rules.

Women’s Asian Cup 2022 will take place from Jan. 20 to Feb. 6 in India with 12 participating teams. It serves as the final stage of qualification for Women’s World Cup 2023, with the top five teams of the tournament qualifying directly.

Vietnam are in group C with strong opponents like Japan, South Korea and Myanmar. 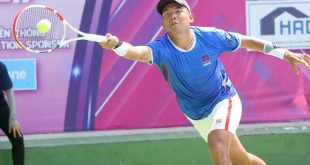 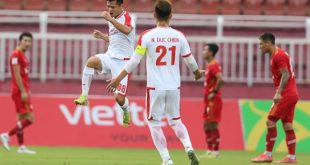