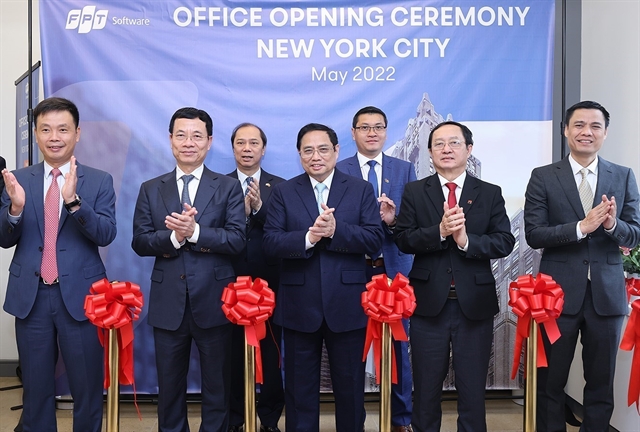 Despite a decline in total investment, their investments into new projects topped over $293 million, double that in the same period last year, thanks to five new projects of Vines Energy Solutions JSC in the US, Canada, France, Germany and the Netherlands, with registered capital of $34.7 million each.

During the five months, the firms also poured an additional $45 million into operating projects, equivalent to 11 per cent of the figure seen in the same period last year, the FIA said.

The plunge in additional investment in five months of 2022 was attributable to the fact that many large-scale projects in the same period last year raised their investments, such as a Vingroup project in the US which increased capital by $300 million; an Indochina Rubber Investment and Development Co project in Cambodia which added $76 million into its operations in the market and the $32 million adjustment of the VinFast project in Germany.

From January to May, Vietnamese enterprises made outbound investments in 12 sectors. The manufacturing and processing industry lured the most capital with eight newly-licensed projects worth some $204.4 million, making up 60 per cent of the country’s total outbound investment.

Banking, finance and insurance came next with four capital-added projects valued at nearly $35.34 million or 10.4 per cent of the total, followed by mining, information and communication and wholesale and retail.

According to the FIA, 19 countries and territories received Vietnamese investment during the period. Of them, Laos took the lead with four new capital expansion projects worth a combined $64 million, equal to 19 per cent.

Singapore came second, luring in $39 million, or 11.5 per cent. The US, Germany and the Netherlands were the runners-up.

As of May 20, Việt Nam had 1,555 operational projects abroad, with a total investment of $21.6 billion, with 139 invested by State-owned enterprises, making up 53.8 per cent or nearly $11.6 billion of the total investments.

The majority of its overseas investments came towards to mining sector, 32.3 per cent, and the agro-forestry-fishery sector, 15.8 per cent. Countries with the largest investment from Việt Nam were Laos (24.8 per cent), Cambodia (13.6 per cent) and Venezuela (8.5 per cent).

Baodautu.vn cited the FIA as saying that amid the conflict in Ukraine, the department requested investors to report the situation of their investment and operation activities in the country and the number of Vietnamese workers working in Russia and Ukraine, as well as the difficulties and obstacles faced by businesses and their suggestions and recommendations.

Earlier, the Ministry of Planning and Investment also recommended businesses downsize or delay, temporarily suspending operations in Ukraine. Currently, Việt Nam’s investment in Ukraine was modest in terms of the number of projects and capital levels, the newspaper reported. — VNS