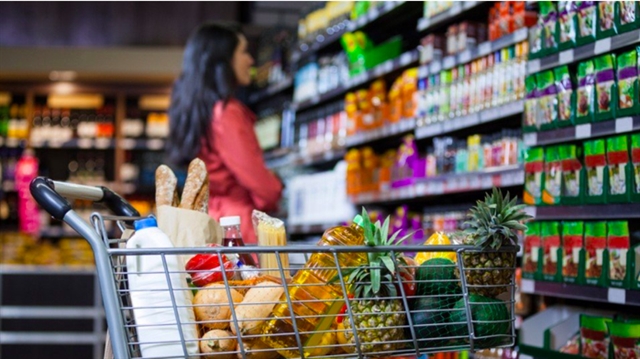 Retail sales in January grew by 6.7 per cent month-on-month and 1.3 per cent year-on-year. — Photo vneconomy.vn

HÀ NỘI — All major mobility indicators in Việt Nam rose sharply ahead of the Tết (Lunar New Year) holiday as vaccination coverage surpassed 73 per cent of the population, according to the World Bank (WB).

The bank said in its Vietnam Macro Monitoring in February that industrial production continued to grow, though at a slower pace and with mixed performance across sub-sectors while retail sales posted the first positive year-over-year growth rate since the COVID-19 outbreak starting in late April 2021.

Retail sales in January grew by 6.7 per cent month-on-month and 1.3 per cent year-on-year.

This export deceleration reflected a sharp drop in exports of phones (down 26.1 per cent year-on-year) and significant slowdown in other major exports, particularly computers, electronics, and machinery.

Việt Nam attracted US$2.1 billion of FDI commitments in January, up 4.2 per cent year-on-year. Growth was driven by large investment in expansion of existing businesses, particularly in electronics and by active M&A activities. The latter doubled in value in January 2022 compared to a year ago, reaching over $400 million (or 20 per cent of total FDI commitment).

Manufacturing continued to make up nearly 60 per cent of total commitment, followed by real estate (22.5 per cent). The disbursement of approved FDI projects continued to recover from their slump in the third quarter of 2021, increasing by 6.8 per cent year-on-year in January 2022.

The Consumer Price Index (CPI) rose by 1.9 per cent year-on-year, comparable to the rates recorded at the end of 2021.

Credit growth accelerated to meet credit demand ahead of the Tết holiday, the bank said.

According to the bank, under the new Economic Recovery Support Programme for 2022-23 which was launched in January 2022, overall planned on-budget fiscal measures are an estimated 4.5 per cent of revised GDP. The VAT rate has been cut from 10 per cent to 8 per cent for most sub-sectors.

WB experts recommended that the programme should be enhanced through adding further social protection measures to support workers and households affected by the pandemic. Additionally, close monitoring of the programme implementation would help ensure its intended impact is achieved.

Vigilance on the financial sector is also warranted, given the potential impact of the crisis on the quality of bank portfolio and the spillover effects of the expected increases in interest rates by the US. — VnExpress News