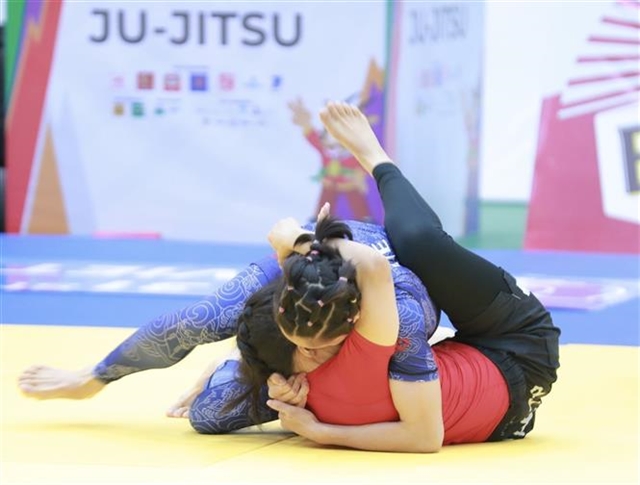 On the last day of the jiujitsu events at the SEA Games 31, Việt Nam and Singapore shared the remaining three golds, with the hosts taking two.

The team completed their target of two golds in the SEA Games.

Huệ, who won the world crown last month, outclassed Co Jollirine of the Philippines after beating rivals from Singapore, Cambodia and Thailand in previous rounds.

On the men’s side, Sơn, who suffered a heavy injury last November that forced him to miss the world event last month, defeated Tang Yong Sang of Singapore in the final.

Keadnin Komkrit of Thailand and Cortez Jan Vincent Cortez from the Philippines were in third place.

The Vietnamese athletes also grabbed one silver and two bronzes on May 15.

Lim Noah of Singapore was too strong for the rest of the men’s 69kg catorgory. He took gold, beating Akasyah Adam of Malaysia. Fikri Mchamad of Indonesia and Lim Marc Alexander of the Philippines were in third.