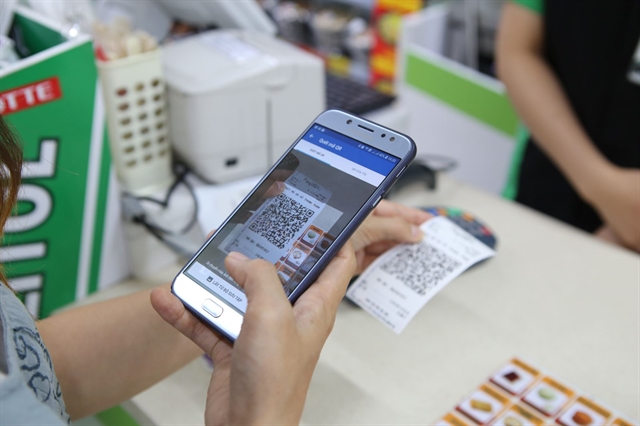 Việt Nam sees an increasing demand for digital technology, which is driving the development of the startup ecosystem. — VNA/VNS Photo

HÀ NỘI — Việt Nam is becoming a magnet in Southeast Asia for attracting investment in start-ups, driven by a convergence of a young consumer and workforce base with increasing demands for digital technology in the post-pandemic period.

According to Vũ Quốc Huy, Director of the National Innovation Centre (NIC), Việt Nam saw a robust development of start-up firms last year and was on track to become the next growth driver of Southeast Asia and play a vital role in the region’s start-up golden triangle.

He cited statistics that investment into start-ups hit a record high of US$1.4 billion in 2021 despite the impacts of the COVID-19 with strict social distancing measures in place, breaking the previous record of $874 million in 2019.

The number of new businesses set up in the first four months of this year increased by 12.3 per cent over the same period last year, which, together with positive growth momentum in foreign investment inflow, demonstrated the country’s large potential for the development of the start-up ecosystem, he said.

He expects that investment in start-ups will double in the next three years.

With a crowd of young consumers and a workforce that has a high demand for digital technology in the post-pandemic period, the start-up market of Việt Nam was predicted to take off in the next few years. About 70 per cent of the population was below 35, and the literacy rate of 95.4 per cent is among the highest in Asia.

Domestic consumption was forecast to grow at an annual rate of 20 per cent, which would make Việt Nam a vital driver of Asia’s consumer market over the next decade. The middle-class population was also growing at the fastest pace in Southeast Asia, accounting for about 40 per cent of the people today, up from just 10 per cent in 2020. By 2030, the middle-class population was expected to make up 75 per cent.

There was also an increase in digital consumers, with more than 8 million added from the beginning of the pandemic to the first half of 2021, with 55 per cent from non-urban areas.

Kim Ngọc Thanh Nga, Head of the NIC’s Ecosystem Development Department, said that Việt Nam would develop at an unprecedented rate in the next decade, fuelled by high Internet penetration, a huge domestic market, and innovative ideas, which could be expanded abroad together with the presence of funds to promote start-up development.

Significantly, during the past decade, the Government has invested in significant pillars from education to infrastructure and ecosystem development, which was creating an essential foundation for Việt Nam to attract investment into start-ups.

Huỳnh Hữu Trung, the founder of Mio, a platform for fresh food, said that Việt Nam, Singapore and Indonesia were creating a start-up golden triangle in Southeast Asia.

Trung said that start-ups needed to understand what business models would work well in these markets to create the best products and expand in the region.

On Monday, venture fund Golden Gate Ventures (GGV) and NIC signed a cooperation agreement to strengthen the long-term relationship between the two sides and provide support to the development of the start-up community and innovation ecosystem in Việt Nam.

Accordingly, GGV will increase investment in Việt Nam, promote exchange and encourage new ideas and innovations, and act as a catalyst to promote the position of Vietnamese start-ups in the region.

GGV has announced the opening of two new offices in Hà Nội and HCM City, besides Singapore and Indonesia, affirming that these three countries were forming a Southeast Asia start-up golden triangle.

Golden Gate Ventures is a venture capital firm investing across Southeast Asia. Since 2011, the firm has launched funds and invested in more than 60 firms, such as Carousell, CodaPay, Appota, Loship, Mio, Carro, Bui and Xendit. — VNS