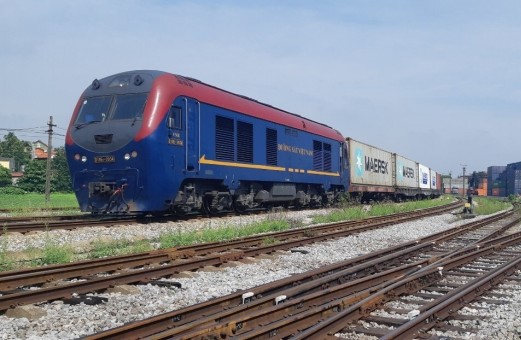 HÀ NỘI — Spokesperson for the foreign ministry Lê Thị Thu Hằng said on Thursday that Việt Nam wants to promote trade relations with China, with the freight intermodal railway being an effective mode of transport.

On April 15-16, 2022, a number of freight trains between China’s Shiangliu and Chengdu and Việt Nam were put into operation.

“We believe that the international intermodal freight rail line is a safe and effective mode of transportation with many advantages like speed and pricing, which shall contribute effectively to the exchange of goods between the two countries as well as between Việt Nam, China, and other markets,” Hằng said.

“The rail connectivity is also in line with the two countries’ ties in terms of promoting the cooperation in the Two Corridors – One Belt and the Belt and Road initiative,” she added.

It’s necessary to add that Việt Nam and China are important trade partners to each other, Hằng added.

Việt Nam stands ready to work with China in order to promote bilateral trade between the two countries and bring benefits to both, the spokesperson noted.

In response to reporters’ questions about the recent signing of the security cooperation framework between the Solomon Islands and China, which has prompted concerns about more Chinese influence in the southern Pacific region and security ramifications, Hằng said all countries’ military and defence cooperation activities should be in accordance with international law, especially the UN Charter and other international treaties to which the countries are parties.

These cooperation activities should contribute to the maintenance of peace, stability, security, cooperation, and development in the region and in the world, she added. — VnExpress News