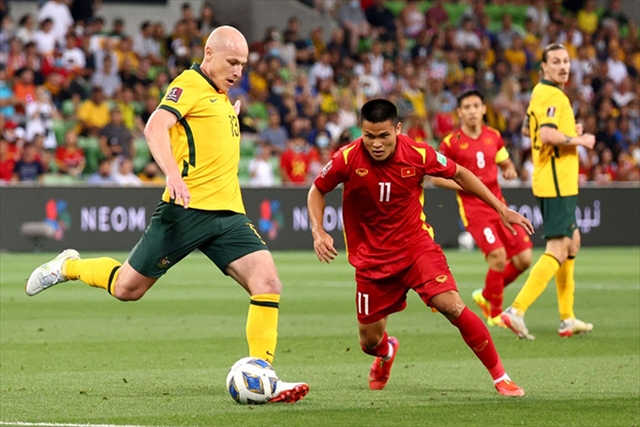 MELBOURNE — Việt Nam fell to an emphatic 4-0 defeat to Australia in World Cup qualification on Thursday in Melbourne, mathematically ending their faint dreams of winning a ticket to the Qatar finals later this year.

Coach Park Hang-seo named a much-changed starting 11, with a combination of COVID-enforced absences, suspensions and a desire to shake things up after six straight defeats leading to the changes.

Việt Nam were still looking for their first points in the third round, whereas Australia were desperate for a win to take one of the two automatic spots in Qatar and avoid a playoff.

The Socceroos dominated from the get-go as Tom Rogic fired home inside 30 seconds after Việt Nam gave the ball away, but the goal was disallowed by VAR as his teammate Jackson Irvine was found to have been in an offside position.

Việt Nam’s defence was under intense pressure after the disallowed goal, and they finally collapsed in the 30th minute when 2021 A-League top scorer Jamie Maclaren headed in a beautiful cross from Tom Rogic.

Việt Nam scrambled for the equaliser and had half-chances inside the box, but were hit on the counter in the final minutes of the half as Rogic made up for the disallowed goal to put the Socceroos 2-0 up before the break.

The changes and a switch to a high pressing style meant Việt Nam were able to put Australia under pressure as the rain poured down on the Melbourne Rectangular in the early parts of the second half.

Chances did come for the Golden Star Warriors, but Phượng and Chung wasted decent opportunities and Australia hit back.

In the 72 minute, goalkeeper Mat Ryan punted the ball long for Craig Goodwin to sneak past the Vietnamese defence and score the third goal for Australia.

An exhausted Việt Nam gave the ball away only four minutes later, and Riley McGree capitalised with an effort from outside the box to put the gloss on the scoreline.

Park and his players will now return home to Hà Nội for a match against China on Tuesday, with nothing to play for but pride and bragging rights. — VnExpress News 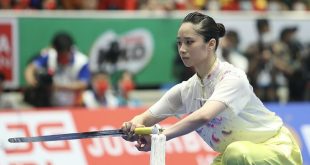