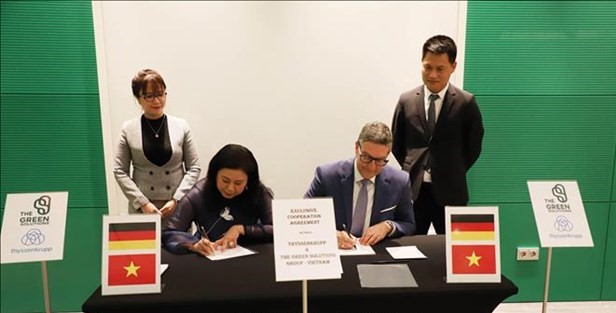 The two-day dialogue, which ended on Wednesday, brings together ministers and high-ranking officials from more than 50 countries around the world to discuss smart energy transition strategies worldwide and how to become more independent from fossil fuels.

In his opening remarks, Robert Habeck, German Deputy Prime Minister and Federal Minister for Economic Affairs and Climate Protection, said energy security is placed at the centre of international discussions as a result of the current global situation.

He underscored the urgency to accelerate the global energy transition and increase use of renewables to boost energy efficiency, saying expanding sources of renewable energy is the most critical to energy sovereignty.

At the event, attendees exchanged views on energy efficiency and promotion of the renewables to create a politically stable and prosperous world; and priorities in strategic investment in energy transition to not only protect the climate but also consolidate security.

On the first day of the event, Deputy Minister Ân had meetings with representatives of major German corporations, including ThyssenKrupp, SkyWind, Enertrag, and PNE, where he gave them an overview of Việt Nam’s policies and incentives in renewable energy.