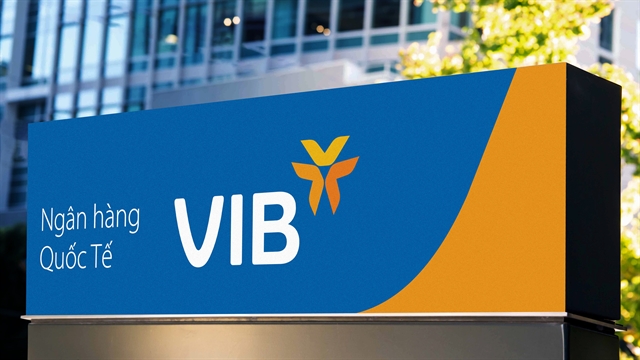 VIB is striving to reach 10 million customers by 2026, focusing on developing a customer ecosystem on a variety of smart financial platforms.— Photo courtesy of VIB

HÀ NỘI — Vietnam International Bank (VIB) has announced pre-tax profits of nearly VNĐ2.3 trillion in the first quarter of this year (Q1), up 26 per cent year-on-year.

The bank’s return on equity ratio (ROE) was 30 per cent, among the highest in the banking industry.

The bank’s outstanding loans topped nearly VNĐ217 trillion, and its capital mobilisation experienced positive growth of 7.7 per cent to reach VNĐ302 trillion. Meanwhile, the bank also posted credit growth of 6.1 per cent in the three months.

Net profit margin (NIM) experienced an increase of 4.5 per cent in the period, thanks to a year-on-year decline of 40 basis points in funding costs.

NIM expansion mainly came from current and saving account (CASA) growth of more than 40 per cent and loans from foreign financial institutions, which increased by nearly 80 per cent over the same period last year.

These sources of capital helped VIB keep its mobilising costs at a low level despite the slight increase in interest rates in the market.

Meanwhile, the bank’s cost-income ratio (CIR) fell to its most efficient level ever at 35 per cent, proving its outstanding performance in cost management and increasing profitability. In addition, credit costs were managed at a low-level thanks to effective risk management and control.

Over the past years, many policies have been issued by the State Bank of Việt Nam (SBV) to ensure the local financial market’s safe, effective, healthy, and transparent operation. One of them was Circular No 16/2021/TT-NHNN, which stipulates credit institutions’ purchase and sale of corporate bonds.

As of March 31, the outstanding balance of corporate bonds of VIB stood at over VNĐ2.61 trillion or equivalent to 1.2 per cent of the total credit portfolio – a very low figure in the banking industry.

Bonds invested by VIB were mostly issued by enterprises which saw good business results, ensured quality assets and strictly controlled risks. They also had a clear, safe and transparent capital use purpose.

As a pioneer in complying with leading international standards on risk management, VIB has retained its position in the market as a sustainable development bank with a leading risk management foundation. Indicators of capital adequacy, bad debt ratio and liquidity strictly managed by the bank were among the best in the industry.

On April 19, VIB received approval from the SBV to increase charter capital by over VNĐ5.54 trillion by issuing bonus shares at 35 per cent to existing shareholders and equity shares at 0.7 per cent to employees. After the latest capital increase, VIB’s charter capital stood at over VNĐ21 trillion, enabling the bank to expand its business based on a strong capital foundation. 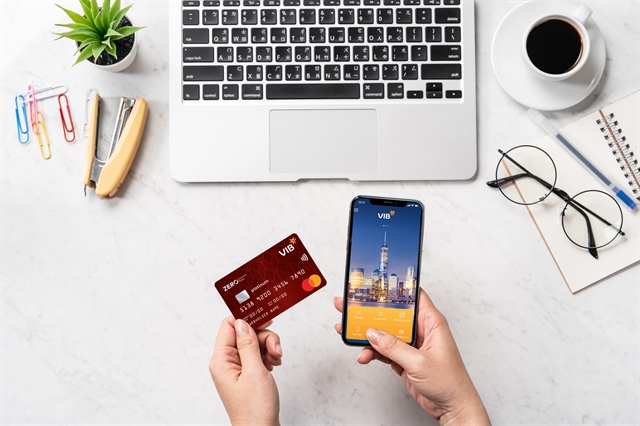 With the strategy of developing an unlimited card opening ecosystem, VIB is expected to provide the market with 2.5 million credit cards in the next five years, contributing to stronger cashless payment activities. — Photo courtesy of VIB

Targeting new customers, expanding the ecosystem of products and services

VIB is striving to reach 10 million customers by 2026, focusing on developing a customer ecosystem on a variety of smart financial platforms.

In the first quarter, VIB announced the expansion of the card opening ecosystem in the Bizverse World virtual environment, bringing a new experience of opening virtual credit cards to Vietnamese users.

With this move, VIB became one of the first banks in the country to offer customers a variety of card opening channels from those in real space and the virtual world, at branches and in leading e-commerce platforms in the country and region.

With the strategy of developing an unlimited card opening ecosystem, VIB is expected to provide the market with 2.5 million credit cards in the next five years, thus contributing to stronger cashless payment activities.

Besides, with the “one-stop-bank” model, VIB will continue to accelerate the appliance of advanced technology to the account opening and transaction processes. This will help customers save time and have exciting service experiences.

The stronger technological appliance is also expected to optimise benefits for the bank’s customers and increase its CASA ratio to over 30 per cent by 2026.

VIB’s 10-year transformation journey, which runs until 2026, has experienced many achievements and positive recognition from major domestic and foreign financial institutions with awards such as Top 10 prestigious and effective public company, Top 50 most effective companies in Việt Nam and the bank with the fastest growth in trade finance activities in East Asia-Pacific region.

Recently, Credit Suisse named VIB one of the promising banks in the region, thanks to its strong growth and leading performance.

Between now and 2026, VIB will continue to focus on medium and long-term development in digital banking and products with high technology content to become a leading retail bank in terms of scale and quality in Việt Nam. — VnExpress News

Previous Workers’ strikes increase as businesses seek to delay wage hike
Next SABECO targets revenue of US$1.67 billion in 2022