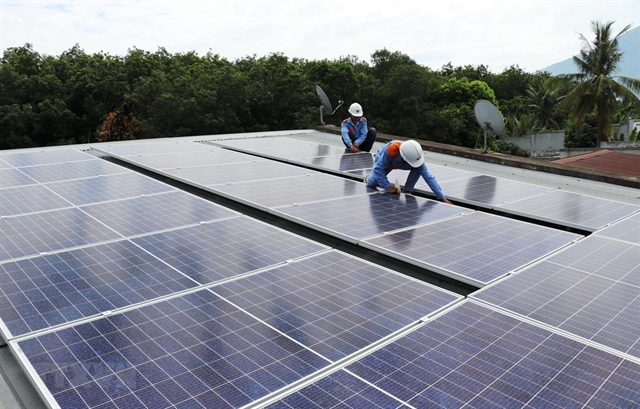 Solar panels were under an anti-dumping investigation carried out by the US. — VNA/VnExpress News Photo Lê Đức Hoảnh

HÀ NỘI — The US Department of Commerce in late March initiated an anti-dumping and countervailing investigation on solar modules imported from Việt Nam, Thailand, Malaysia and Cambodia, according to the Trade Remedies Authority of Việt Nam on Monday.

The subject of the investment was crystalline silicon photovoltaic cells and modules (CSPV).

Vietnamese exporters were accused of importing silicon panels from China to produce CSPV for export to the US.

In February, the US made a four-year extension to global trade defence remedy on solar panels to 2026 with a tax rate of 14.75 per cent for the first year and a reduction of 0.25 percentage points each following year.

The ministry urged local producers to watch the probe closely and work closely with the US investigation agency to clarify the case and protect their rights.

In November 2021, the US Department of Commerce announced that it would not conduct an anti-dumping and anti-subsidy investigation on solar cells from Việt Nam, Thailand and Malaysia at the request of an anonymous group called American Solar Manufacturers against Chinese Circumvention.

Statistics from the General Department of Customs show that Việt Nam exported more than $2.9 billion worth of solar modules and components to the US from January to August 2021.

The ministry had repeatedly included solar panels in the list of products facing high risk for trade defence investigation.