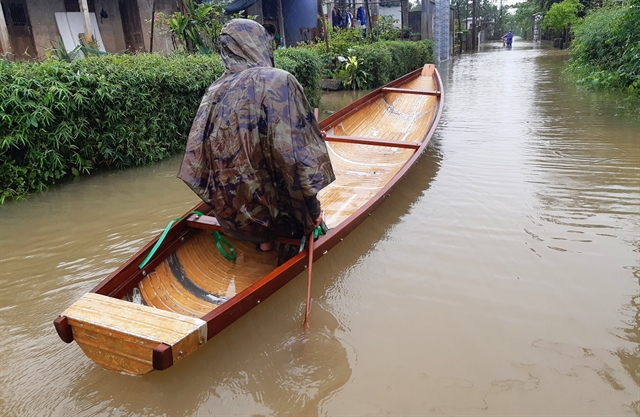 HÀ NỘI — The Central Steering Committee for Natural Disaster Prevention and Control’s Office has ordered coastal localities from Quảng Ninh to Kiên Giang to proactively prepare for two typhoons and a tropical low-pressure system that are predicted to hit the East Sea in the next few days.

According to both domestic and international forecasting agencies, from Thursday or Friday, a tropical low-pressure system is forecast to appear in the southern part of the East Sea, while two typhoons are expected to appear to the east of the Philippines and are likely to enter the East Sea.

This is unusual as tropical low-pressure systems and typhoons usually hit later in the year.

The office told the Steering Committee for Natural Disaster Prevention and Control and Search and Rescue of the to-be-affected provinces and cities to closely monitor warnings from both domestic and international forecasting agencies about developments.

The agencies must also keep captains or owners of offshore vessels informed, so they can seek safe shelter when needed.

The agencies will send regular reports to the Central Steering Committee for Natural Disaster Prevention and Control, the office said.

Remedying the consequences of torrential rains

In another movement, the office issued Document No 180, directing localities to take measures to cope with flash floods, landslides and inundation triggered by unseasonal torrential rains, in response to recent rainfalls that reached over 750mm in some places since.

According to the National Centre for Hydro-Meteorological Forecasting, provinces from Thừa Thiên Huế to Khánh Hòa and the east of the Central Highlands continued to be hit by heavy rains until Wednesday. Landslides and flash floods, triggered by heavy rains, are predicted to occur in low-lying areas and urban areas.

A quick report of the Central Steering Committee for Natural Disaster Prevention and Control on Wednesday morning showed that three people were killed and seven others injured due to the torrential rains in the central region.

The torrential rains also caused two houses to collapse, the roofs of 48 houses to be blown off, 2,060ha of aquaculture to be destroyed, 265 small ships sunk off and over 87,500ha of rice and more than 16,500ha of crops to be destroyed.

Nguyễn Đình Đức, head of the provincial Department of Agriculture and Rural Development, said the initial damage is estimated to be over VNĐ996 billion (US$43.7 million).

The province’s authorised agencies have made a list of affected households to provide support, he said.

The province will spend VNĐ7 billion ($307,415) and mobilise other resources to provide seeds for people to plant in the summer-autumn crop, he said. — VnExpress News