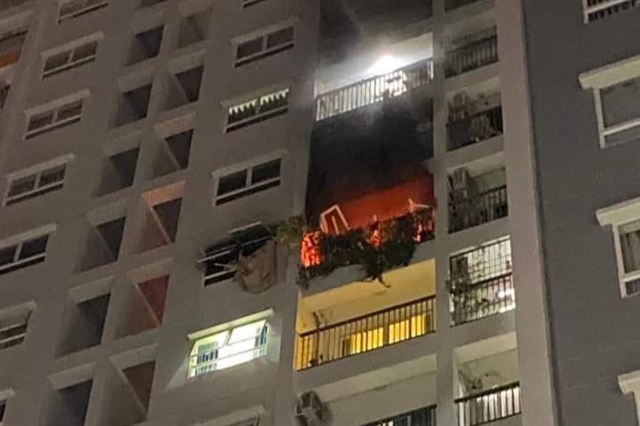 The scene of the apartment building fire. — Photo Congly.vn

HCM CITY — Two people died after a fire broke out in their apartment in the Carillon apartment building, Tân Phú District, early this morning.

According to initial information, at around 4 am, people living in Carillon apartment on Lũy Bán Bích Street saw smoke and fire billowing out from the 10th floor.

After hearing the fire alarm, people in the building ran out to escape.

Firefighters were eventually able put out the fire. An investigation is underway. — VnExpress News