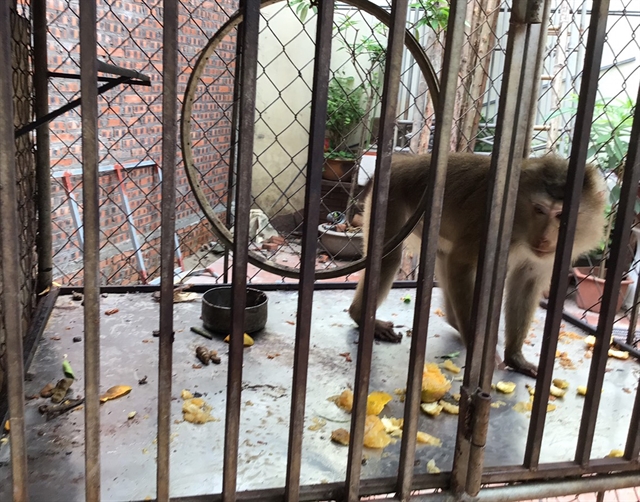 The pig-tailed macaque was held in captivity in Hưng Yên Province before being handed over to Cúc Phương National Park. — VNA/VNS Photo

NINH BÌNH — Two critically endangered animals have been put under the protection of Cúc Phương National Park in the northern province of Ninh Bình after they were found near residential areas, the park announced on Wednesday.

The park has coordinated with Save Việt Nam’s Wildlife to take a Sunda pangolin into care that was discovered by a local in Lê Chân District, the northern city of Hải Phòng.

Currently, in good health, the pangolin is being cared for under the Carnivore and Pangolin Conservation Programme at Cúc Phương National Park.

A pig-tailed macaque has also been handed over to the national park by a woman living in Văn Lâm District, the northern province of Hưng Yên.

She said she found the macaque in her neighbourhood and took it home more than a month ago and decided to give it to the authorities after learning of its endangered status.

Both animals are listed in Việt Nam’s Red Data Book as rare and endangered animals. — VNS