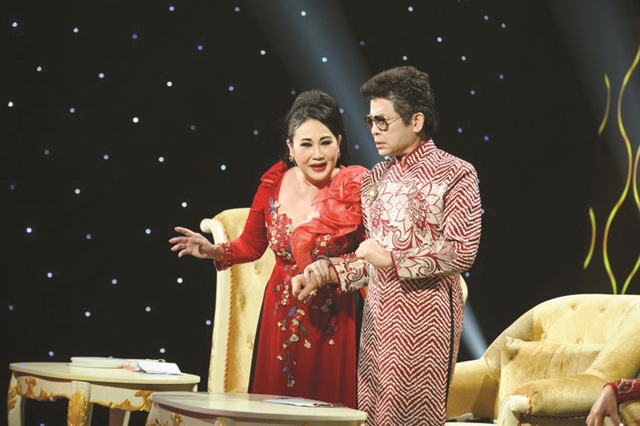 Dozens of young and veteran artists have participated in a new art programme preserving traditional Vietnamese music and theatre. Photo courtesy of the organiser

HMC CITY  A group of traditional artists is working to offer a new art programme to preserve traditional Vietnamese music and theatre in secondary schools in HCM City.

The artists visit and perform Vietnamese folk songs and dances, and one and two-act shows in cải lương and tuồng for students from 20 schools around the city this year. 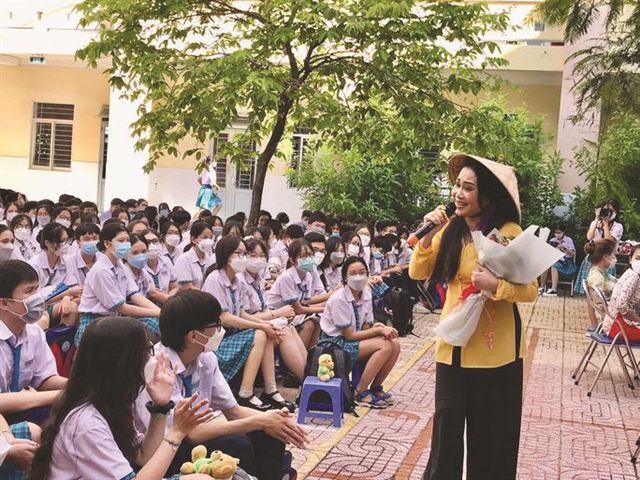 Cải lương performer Thanh Hằng performs and talks about folk music and cải lương, a symbolic form of Vietnamese theatre that originated and expanded in the southern Việt Nam, for students of the Lê Trọng Tấn Secondary School in Tân Phú District in HCM City. Photo courtesy of the organiser

They also performed cải lương, a symbolic form of Vietnamese theatre that originated and expanded in the southern Việt Nam, particularly in the Cửu Long (Mekong) River Delta provinces.

“We hope to encourage students to love traditional music and theatre after watching our live performances at school,” said cải lương actress Hằng, who has worked in the industry for 40 years.

Hằng has performed in 30 cải lương plays and dozens of TV shows and has worked to expand cải lương to fans.

She won seven top prizes at national traditional theatre contests and festivals launched by the Ministry of Culture, Sports and Tourism and the Việt Nam Theatre Association.

Hằng was invited to join the programme by her friend, theatre actress and singer Bính Thuỷ, head of Bắc Sơn Art Troupe.

The troupe has worked with Long An Province Radio & Television and An Nông Group to produce and air plays about Vietnamese culture and lifestyle.

“We hope singers, composers, theatre artists and producers can work together to expand Vietnamese music and theatre among young generations,” said Thuỷ, one of the programme’s founders. — VNS