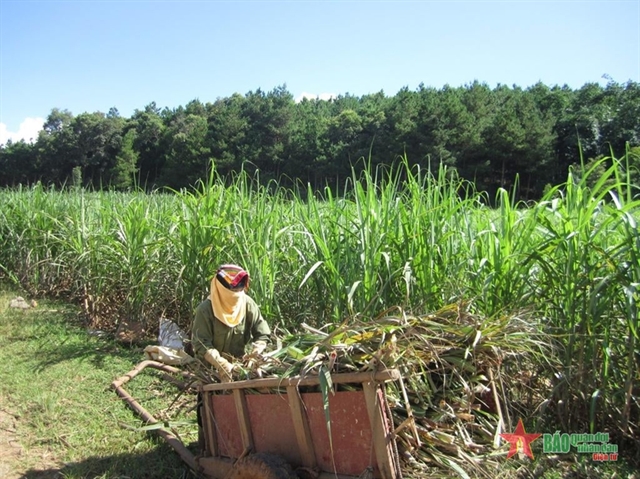 HÀ NỘI — After the Vietnamese imposition of anti-dumping and anti-subsidy duties, the volume of Thai sugar imported to Việt Nam hit a four-year low in Q1 of 2022, speeding up the recovery of domestic sugar.

The decline of Thai sugar has given a boost to domestic production. The Vietnam Sugar and Sugarcane Association (VSSA) reported that 6.4 million tonnes of sugarcane had been pressed by late April to produce 662,530 tonnes of sugar, up 5.1 per cent year-on-year.

Domestic producers also saw better profits. Specifically, the leading firm in the industry, Thành Thành Công-Biên Hòa JSC, made an after-tax profit of VNĐ648 billion (US$28.3 million) between July 2021 to March 2022, 35 per cent higher than the previous nine-month period.

However, insiders said it was too early to celebrate the recovery as smugglers have begun to manoeuvre Thai sugar into Việt Nam via Laos and Cambodia, posing new threats to domestic sugar.

According to the Market Surveillance Agency of Long An Province, cross-border sugar trafficking has been rising steadily since early 2022. The authority detected and seized 51.3 tonnes of smuggled sugar in Q1, but was concerned that the actual figure would be far higher.

Meanwhile, VSSA reported that sugar imported from ASEAN countries to Việt Nam doubled in volume in Q1, to 319,468 tonnes.

“The boom was not due to competitive advantages but to the favourable tariff of 5 per cent under the ASEAN Trade in Goods Agreement,” explained VSSA.

VSSA estimated that the sugar market would not face any shortage in May and the following months due to abundant supply and stable demand. Imported sugar would continue to have an advantage over domestic sugar.

According to a report of Mirae Asset Việt Nam, the consumption of sweetened beverages would go back to the pre-pandemic level in 2022 thanks to the reopening of tourism in mid-March, giving a fresh impetus to the sugar industry.

However, the industry’s recovery would be slowed down by the Russian military operations in Ukraine, which has fueled inflation.

The securities firm forecast that domestic sugar price would rise this year due to higher-priced sugarcane, and lower output of factories. — VNS