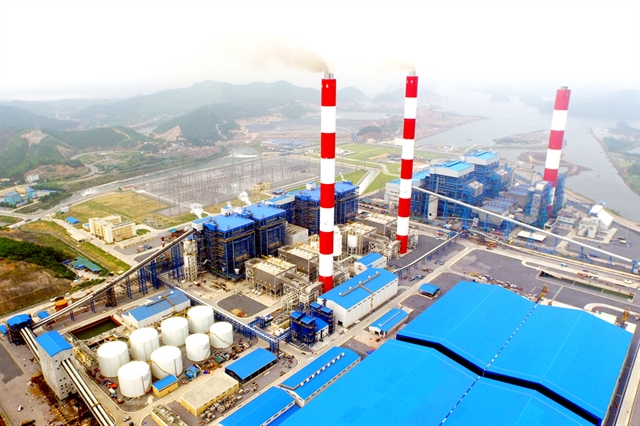 HÀ NỘI –  While many thermal power enterprises reported positive results in both revenue and profits in the fourth quarter of last year, there are still enterprises reporting a decline in profits, even suffering losses.

Bà Rịa Thermal Power Co (BTP) is considered the fastest growing profitable enterprise in Q4. Revenue in the quarter reached VNĐ493 billion (US$21.6 million), 3.3 times higher than the same period of the previous year and profit after tax was nearly 9 times higher, to total VNĐ85 billion.

BTP said that in the fourth quarter of last year, its business was profitable due to the increased electricity output compared to the previous year.

For the whole of 2021, Quảng Ninh Thermal Power’s revenue reached VNĐ8.46 trillion, down 7.9 per cent compared to the revenue achieved in 2020. Profit after tax reached nearly VNĐ477 billion, down 63.4 per cent compared to the profit of VNĐ1.3 trillion achieved in 2020. In 2021, the company aimed to achieve VNĐ316 billion in profit after tax. This result helped the company complete and exceed 50 per cent of the profit target assigned for the whole year.

In the fourth quarter, Hải Phòng Thermal Power (HND) achieved VNĐ2.22 trillion in revenue, down 10 per cent over the same period of 2020, although the power generation output in the quarter was larger than the same period last year. Profit after tax decreased by 53 per cent compared to the fourth quarter of 2020, to total VNĐ260 billion. The main reason for the decrease in profit was the increase in capital costs, plus the decrease in electricity prices.

From the first days of 2022, under inflationary pressure, prices of a series of basic input materials rebounded after an adjustment period, in which, coal and oil prices continued their strong uptrend.

Experts said that the energy crisis in many countries around the world had not shown any sign of ending, which had prompted some countries to step up power production from coal to save energy and ensure energy security. Indonesia, the world’s largest coal exporter, has also introduced export restrictions. But on January 20, 2022, Indonesia eased a ban on coal exports for 139 companies after meeting sales requirements in the domestic market to prevent supply shortages and power outages.

According to BSC Securities Company, world input fuel prices will continue to stay at a high level due to the world energy crisis due to insufficient supply to meet energy consumption demand. VnExpress News