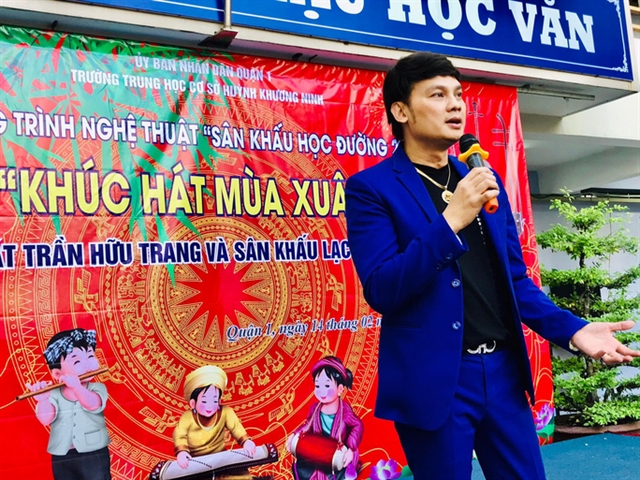 HCM CITY —  A new art programme on preserving traditional Vietnamese theatre has been launched in secondary schools in HCM City this week.

The programme is part of the long-term art project called Sân Khấu Học Đường (Theatre School), which began in 2001 by the HCM City Department of Culture, Sports and Tourism, in co-operation with HCM City Theatre’s Asociation.

The programme offers two and three-act shows in cải lương (reformed opera) and tuồng or hát bội (classical drama), the two traditional genres of Vietnamese theatre which began a hundred years ago.

They will visit and perform extracts from famous plays of cải lương and tuồng for students from 12 schools around the city this year.

Information, paintings and photos featuring the history and developments of Vietnamese theatre will be introduced. The traditional instruments and clothes used in tuồng and cải lương will be also featured. 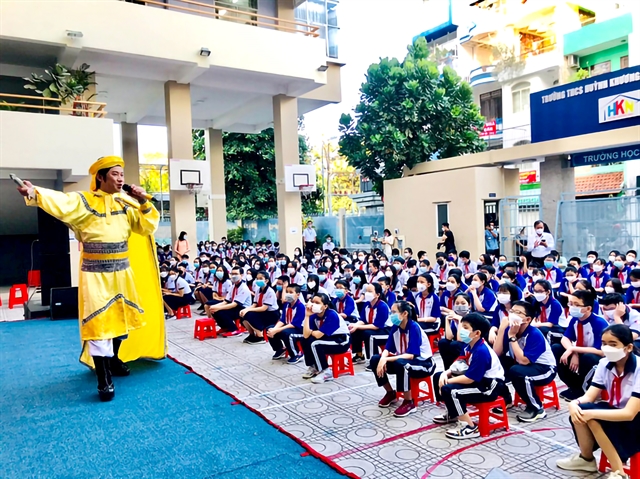 Dozens of young and veteran theatre performers have participated in a new art programme on preserving traditional Vietnamese theatre launched in secondary schools in HCM City this week. — Photo courtesy of the organiser

“Our programme aims to introduce and expose students to cải lương and tuồng, which are part of their heritage,” said actress Bình Tinh, art director of Huỳnh Long Theatre who has worked for two years in the industry.

“We hope to encourage young generations to love traditional theatre after watching our live performances at school.”

They provided young audiences with the knowledge of tuồng, a symbolic form of Vietnamese theatre that originated in the central region and expanded in southern Việt Nam, particularly in Cửu Long (Mekong) River Delta provinces.

“We learn that tuồng developed from a folk art into a royal art in the 17th century. It consists of singing, dancing and music, all of which are highly stylised and symbolic,” she added. — VnExpress News