Coach Alexandre Polking is satisfied with the 2-0 win against Vietnam in the AFF Cup semifinal’s first leg Thursday night but stays cautious with the second leg.

“Thailand have won with a perfect score. But everything is not over yet. We still have to stay focused and prepare a really good plan for the second leg on December 16,” Polking said after the match.

The hero of Thailand in this game is captain Chanathip Songkrasin, who scored both goals for the team in the 14th and 23rd minute. He got the chance to make it a hattrick with a penalty in the 85th minute but couldn’t beat goalkeeper Tran Nguyen Manh.

“Because we were 2-0 up after the first half, I made some changes and let Thailand switch to counter-attacking. We had a few good chances to score more but couldn’t convert them. But in general, it was a great game for us. We will have time to think and adjust for the next game,” Polking added.

The 2-0 win is Thailand’s first win against Vietnam since 2017 when Park Hang-seo became Vietnam national coach.

“We knew that we could beat them and we did it. This victory will make Thailand players more confident to prepare for the second leg,” Polking said.

He also admitted that Thailand were lucky in the first goal when defender Nguyen Phong Hong Duy slipped and let Chanathip score.

“That was an important moment. The opponent’s defender made a mistake and we were fortunate to turn it into the opener. However, the second goal was beautiful and my players showed great teamwork there,” Polking added.

Vietnam made some changes in the lineup for the game but Polking wasn’t surprised with that. He also predicted that Vietnam would switch to play with two strikers after the break.

“Thailand had a strategy for each half of the game and they executed it well. I cannot tell the plan for the second leg but 2-0 is a great advantage.” 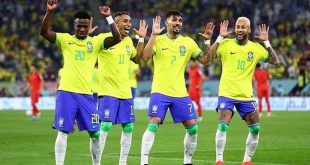 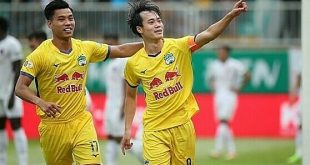