Thái Bình EZ should be expanded towards sea: PM 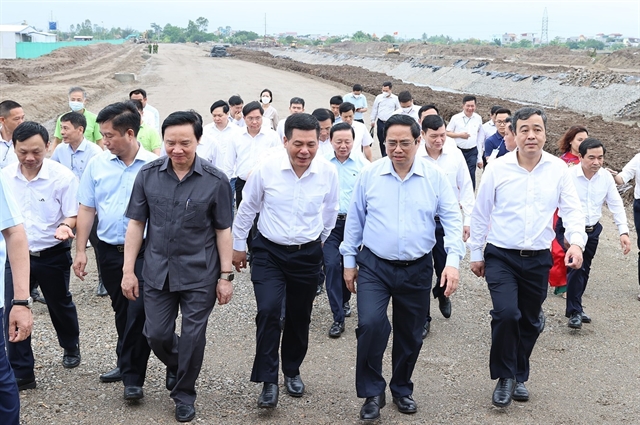 The zone is one of the 18 economic zones in Việt Nam, which functions as both an industrial cluster and coastal service-trade-urban area. It covers nearly 31,000ha in 30 communes and one town in the two Thái Thụy and Tiền Hải districts.

The PM examined the ongoing construction of the economic zone and spoke to provincial authorities about the challenges to its development. He also visited the Liên Hà Thái industrial park, the first of its kind built inside the zone.

Speaking with the PM, Secretary of the Thái Bình Party’s Committee Ngô Đông Hải said one of the biggest challenges is the province doesn’t have much experience developing economic zones, so it’s looking forward to learning from other provinces.

The authorities have also encountered land clearance problems that involved residents’ consent, Hải added. “If the people don’t agree, there is no way for us to have 500ha of land in the next six to eight months to continue building the zone,” he said.

On the plus side, four major foreign investors have started working in the Liên Hà Thái industrial park, and many others have expressed their interest in coming over, Hải added.

Addressing their problems, PM Chính said that considering Thái Bình has a rather limited amount of land, it would be best to develop its coastal areas and take advantage of the marine space.

The Thái Bình economic zone has been built mostly on land, now it should be expanded towards the sea, he said.

Land clearance and resident relocation must be done first and foremost, the PM added, with close collaboration among the authorities, residents and investors to ensure social security for the people. 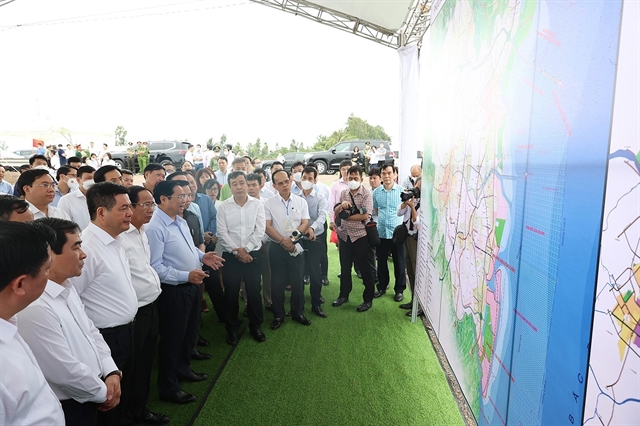 The Prime Minister speaks to provincial authorities on the directions of the economic zone’s development.

Stressing the importance of having an interconnected and well-oiled system of traffic, electricity, water, social and environment infrastructure to further develop the economic zone, Chính asked the province to focus its public investment resources on building coastal roads to connect the zone with the Cát Bi International Airport and Lạch Huyện port in Hải Phòng City. They should not rely on the State’s budget to carry out these projects, he added.

He also suggested the province consider applying the public leadership–private administration model to manage the zone. It means the province’s authorities will give out mechanisms, plans, strategies and build infrastructure, but delegate it to the main investor to operate the zone, and call for more investors to come and do business.

He emphasised that the local people should be the main beneficiary of the economic zone, not affected by it. The province must ensure that those who leave their land for the zone be given a better place to live, and their living standards will be improved each year.

Taking the PM’s advice, Thái Bình Party secretary Ngô Đông Hải said the province will spend more than VNĐ3 trillion (US$130.44 million) building its coastal roads, which are expected to be opened for public use in May 2023.

The province is also highly determined to further develop the Thái Bình Economic Zone, he stressed.