“With 20 stores, our revenues could reach VND32 trillion [$1.37 billion], so a billion dollars is not a difficult target,” Duong said.

S.Korea-owned E-mart entered Vietnam in 2015 and its local operations were acquired by automaker THACO last year under a franchise deal.

At least 20 stores must be opened by 2026 under the franchise agreement.

“Two or three new supermarkets will have to be opened each year,” Duong said.

Two new stores will be opened this year, both in HCMC: a second in Go Vap District and the other in Thu Duc City.

Districts 7 and Binh Tan are possible locations for future expansion, the chairman added. 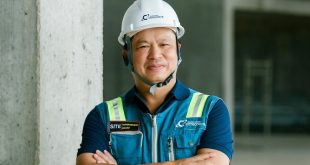