Tax debt continues to rise due to pandemic 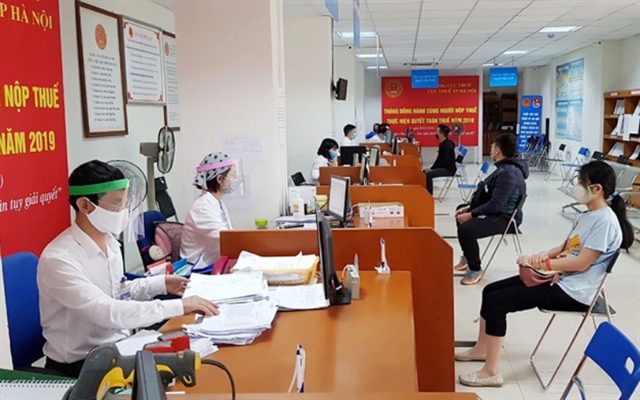 HÀ NỘI — The total tax debt under the management of tax authorities is estimated at VNĐ104 trillion (US$4.5 billion) as of December 31 last year, a year-on-year increase of 9.3 per cent.

The General Department of Taxation reported that it collected VNĐ25.1 trillion by December 31, reaching 83.4 per cent of the assigned debt collection target.

The total amount of tax and late payment handled was VNĐ33 trillion, equal to 117.8 per cent of the assigned task.

A representative of the General Department of Taxation said that the increase in tax debt was due to the pandemic.

Many localities had to apply social distance in accordance with Directive 15/CT-TTg and Directive 16/CT-TTg of the Prime Minister, leading to many difficulties in production and business.

Many enterprises fell into a state of loss and insolvency, or their property was mortgaged at banks, leading to taxes not being paid promptly to the State budget.

Along with that, several taxpayers in industries that are eligible for tax payment extension have not yet submitted a request for tax extension according to Decree 52/2021/NĐ-CP.

In addition, some taxpayers make declarations to generate payable tax who are not directly affected by pandemic but take advantage of it to delay paying.

Associate Professor Đinh Trọng Thịnh from the Academy of Finance told VOV that due to the pandemic, tax authorities were under great pressure because tax collection accounted for up to 80-90 per cent of State revenue.

However, tax authorities needed to conduct a review so that if businesses encountered difficulties, there would be supportive measures to nurture revenue, he said.

On the contrary, for businesses that were still operating but using the excuse of the pandemic to be inactive and deliberately not pay taxes, strong measures should be taken, he added.

Long also questioned the number of outstanding tax debts that were not handled, saying that he did not see anyone taking responsibility.

There must be strict sanctions so that people’s taxes were used effectively and fairly, he said. — VnExpress News