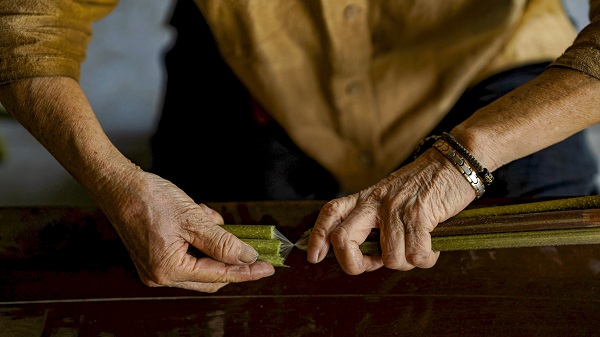 HÀ NỘI —  As sustainable development is becoming the order of the day, Vietnamese fashion firms are having no choice but to adapt themselves to greener production.

Nguyễn Thị Tuyết Mai, deputy general secretary of Vietnam Textile and Apparel Association (VITAS), acknowledged that eco-fashion was riding high in many countries, and Việt Nam could not afford to lag behind.

“Vietnamese fashion producers have no other choice but to innovate to keep pace with change,” said the deputy general secretary.

For this reason, fashion firms have begun to shift their focus to green input and use environment-friendly fibres in their designs. Fabric making is changing accordingly.

Khanh and the fashion firm Faslink have brought the new material into use by launching a fashion collection made completely from coffee-derived fibres.

Their fashion exhibition has met with great success as the fibres turned out to be soft, dry and odour-quelling.

Owen is another fashion product that has been leading the way in eco-fashion.

The producer took its first step on green growth in 2014 by incorporating bamboo textile into T-shirts.

Years later, Owen’s initial success was quickly followed up by the introduction of many other eco-friendly materials including peppermint-, tea- and eucalyptus-derived fibres.

Now, natural fibres are an integral part of all its fashion designs and a perfect alternative to its traditional fibres.

Sen Đại Việt Jsc. is also a noteworthy producer that has succeeded in reclaiming lotus.

Thanks to the company’s extraction techniques, hundreds of thousands of lotus plants no longer end up in landfills every year but are collected to produce lotus yarns.

These natural yarns are lightweight, skin-friendly and ultraviolet resistant, thereby lending themselves to high-quality apparel.

The only downside of such yarns is that their production process is completely manual and highly time-consuming.

That means only limited amounts can be produced each year, making lotus-derived clothes luxuries for only deep-pocket buyers.

Min Zhao, vice president of Consumer Industry Performance Materials Asia Pacific under BASF Group, noted that fashion brands were committing themselves to sustainable development since climate change had begun to take its toll.

As a material supplier for the footwear industry, BASF feels a strong responsibility to develop sustainable materials that would help original equipment manufacturers (OEMs) achieve their goals of CO2 reduction.

“We’ve discovered Freeflex TPU which is a highly elastic material that can retain its shape for a long time. Remarkably, shoes made from TPU are 100 per cent recyclable. Additionally, TPU production is more energy-efficient and solvent-free,” said the vice president. — VnExpress News

Previous Remittances to HCM City reach record $7b in 2021
Next After two years of closed borders, Australia welcomes the world back 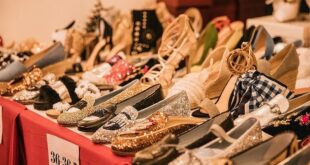