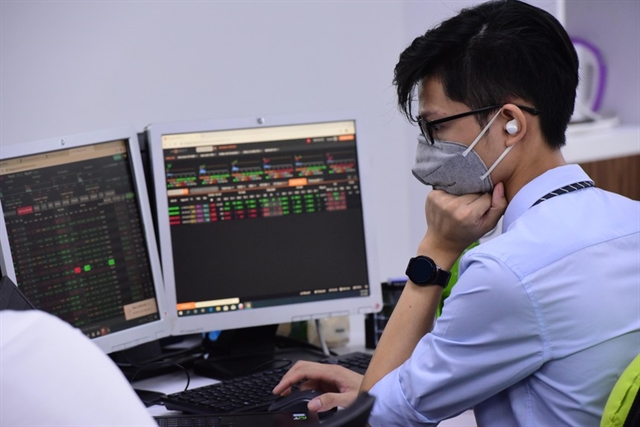 HÀ NỘI — The stock market’s outlook after the Tết holiday is expected to be brighter thanks to many positive factors.

Ahead of the 2022 Lunar New Year, the stock market saw a strong correction, with hundreds of stocks closing at lower levels. However, this is expected to be a short-term trend.

Last week, the market benchmark VN-Index had lost 1.55 per cent due to a strong sell-off in the first three sessions of the week, it clawed back some of the losses later.

Historical data for the last six years showed that most of the market’s declines before the Lunar New Year then immediately rebounded.

Financial experts from PGT Holdings JSC said that it is normal for the market to rise sharply and then fall deeply. The reason for the dip of the stock market before Tết was the domestic investment culture in which investors tend to collect money to evaluate the investment efficiency for the year.

For retail investors, the consumer demand is higher during Tết, so they often sell a part of their stock proportions to spend during the holiday.

According to PGT Holdings experts, the market over the past year was too hot, continuously setting unprecedented records in liquidity and the number of new accounts, while prices of many stocks also skyrocketed.

Therefore, the correction is necessary for the market to cool off and rebalance, bringing stock prices to a more reasonable range.

Cash flow will soon return to the market after Tết because it is the financial report season.

The financial statements of enterprises are expected to be more positive thanks to the recovery of business activities in the fourth quarter of 2021.

As this is also the period for investors to restructure their investment portfolios, cash flow will tend to run into stocks that are predicted to perform well.

F0 investors can expect good signals at the beginning of the year when the Vietnamese stock market is still assessed as having strong potential for development. The domestic macroeconomic situation is stable, while the Government’s economic stimulus package helps the economy regain growth momentum.

On the economic growth front, in the past year, Việt Nam jumped 10 grades to 67th position in the “Global Competitiveness” ranking of the World Economic Forum (WEF).

Regarding human resources, the growth of the middle class and higher incomes lead capital flows into the stock market. Histories of other countries in the region such as China showed that when GDP increases, the wave of investment in the stock market also rises accordingly.

Foreign capital is also a strong point as the country’s competitiveness and investment environment are continuously improving. The flow of foreign direct investment (FDI) increased, with many large M&A deals taking place despite the pandemic.

The stock market, meanwhile, is bullish as the development room is still very large. In the next one to two years, the market is predicted to be upgraded from a frontier market to an emerging market by MSCI. This will be an important turning point in the growth momentum of the Vietnamese stock market.

Although the market fluctuates, for companies with good business results, shares remain stable and are expected to move higher. These include bank and oil stocks such as BIDV (BID), Techcombank (TCB), PV Drilling (PV) and PVOIL (OIL). — VnExpress News