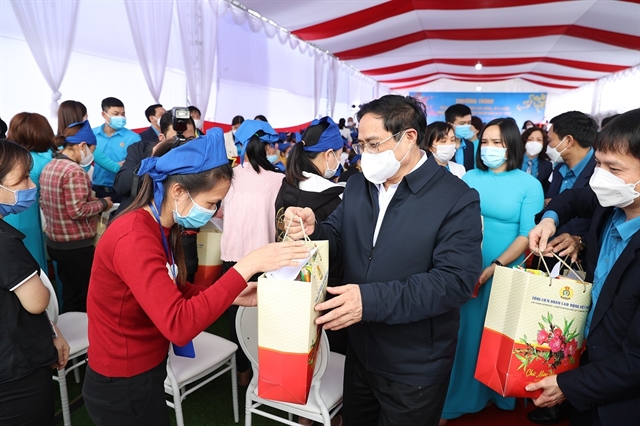 On his trip to the central Thanh Hóa Province on Tuesday, Prime Minister Phạm Minh Chính met with war veterans, and handed out gifts to disadvantaged people who were significantly affected by COVID-19.

Acknowledging the efforts of the locality in the country’s recovery from the pandemic, PM Chính said that as a populous province, Thanh Hóa needed to utilise its advantages and potential, while upholding its glorious historical traditions in development, and in improving its people’s quality of life.

The PM also met with Hàm Rồng, the association of elder war veterans, and asked that the local authorities continue to provide support for the group in contributing to the prosperity of Thanh Hóa, as well as of the whole country.

PM Chính said that Thanh Hóa Province should focus on the three pillars of social welfare, which are: risk prevention, reduction and mitigation; developing housing plans for workers; and enhancing frameworks, policies, and resources allocation.

“The most important thing is to improve the quality of life for the people, especially the labourers,” he said. 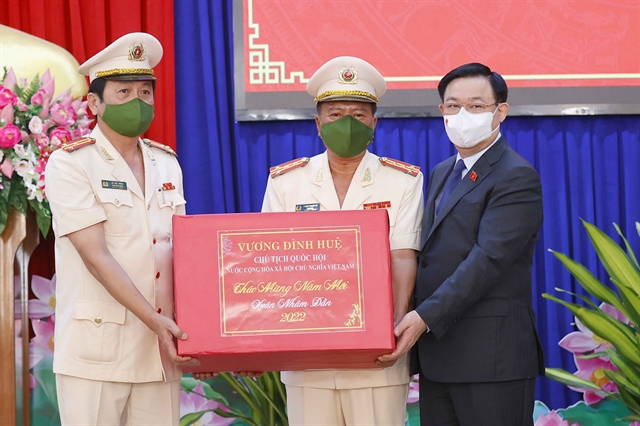 He praised the officers for keeping up the progress in issuing chip-based identity cards and completing the national database systems on population despite the COVID-19 outbreak, which is the foundation to connect the locality to the central pandemic management software.

He added that in the past two years, and especially in the fourth wave that swept the country from mid-2021, these officers and medical workers have always been on the frontline, and made great sacrifices to fight the virus, placing the health of the people as the top priority.

NA Chairman Huệ said that not only did the public security and medical staff manage to control the pandemic, they also made great accomplishments in national defence.

Cà Mau is located in a strategic position, therefore law enforcers must continue to strive alongside the army, the border guards, and especially the people.

The NA Chairman required that the police force not let themselves fall into a passive position, and act with the entire political system to ensure social safety and order, and protect the sovereignty of the country’s sacred lands and sea, islands.

On streamlining and restructuring the public security forces, NA Chairman Huệ emphasised that the human factor is the determining element.

He also asked that Cà Mau Province review and revise the local situation to realise the Government’s decree on the coordination between the Ministry of Public Security and the Ministry of National Defence.

Medical workers will continue to focus on taking care of the people in the new normal, regarding both COVID-related illnesses and general public health, he added. — VnExpress News

Previous Australia were a much better team: assistant coach
Next Việt Nam’s pepper exports forecast for growth this year