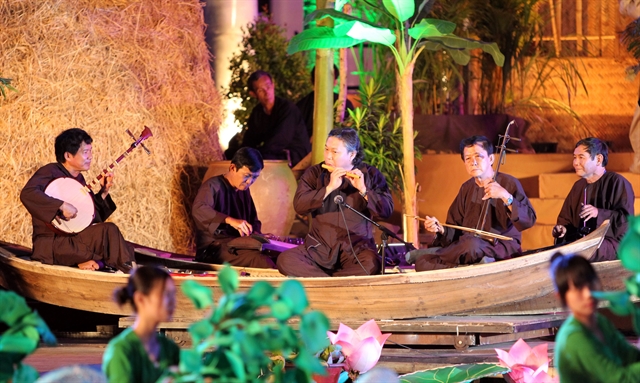 CẦN THƠ — A programme to entertain tourists with several genres of traditional music like tài tử, vọng cổ and cải lương has been launched in Cần Thơ City.

The programme, held by the Tây Đô Theatre, will also include talks about the various art forms as well as the traditional instruments used, including the kìm (two-stringed guitar), cò (vertical violin with two strings), tranh (16-chord zither) and bầu (monochord zither).

Tài tử is a genre of chamber music particular to southern Việt Nam, while vọng cổ focuses on nostalgic melodies and cải lương is a form of reformed opera.

The programme will feature more than 20 actors from the Tây Đô Theatre and dozens of amateur performers from tài tử music clubs in Cần Thơ.

The shows start at 8am every Saturday and Sunday at the Cái Răng floating market, a favoured tourist site in the city.

“We hope to bring tài tử music closer to visitors and help young people understand the role of traditional arts,” said Hồng Thuỷ of the Tây Đô Theatre, one of the programme’s creators.

Thuỷ and her colleagues participated in the programme’s first tài tử and cải lương performances on February 5. The audience got to meet the artists after the show and benefit from impromptu lessons on singing and playing the different instruments.

The song tells of the love, anguish and pride of a young woman watching her husband fight for the country.

“I hope to get further support from local authorities to host more shows this year,” said Thuỷ, who has been a performer for ten years. 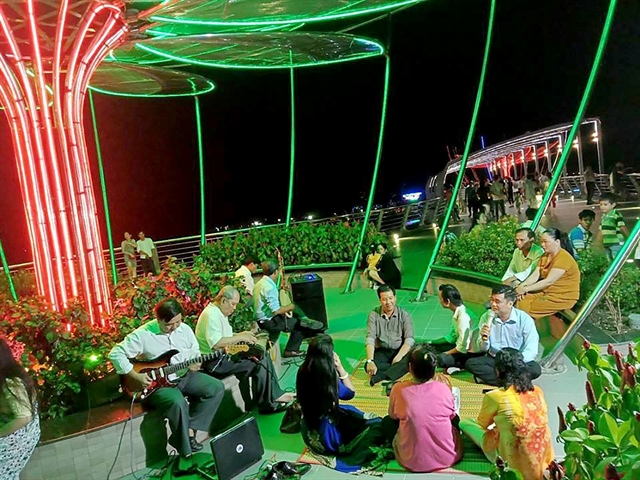 Tài tử music, a traditional art form in southern Việt Nam, was recognised as an Intangible Cultural Heritage of Humanity by UNESCO in 2013. — Photo courtesy of the organisers

Tài tử  music originated in southern Việt Nam about 100 years ago. It is a prototype for vọng cổ and cải lương, performed during festivals and special occasions in the Mekong Delta provinces of Cần Thơ, Vĩnh Long, Bạc Liêu and Cà Mau.

The music is performed at traditional festivals, weddings and death anniversaries in the region.

In 2013, the music was recognised as an Intangible Cultural Heritage of Humanity by the UN culture agency UNESCO.

The Tây Đô Theatre has worked with the Trần Hữu Trang Cải Lương Theatre in HCM City to present its programme to visitors.

Directed by Hoa Hạ, the play is a tragedy involving love, jealousy and betrayal. It deals with the relationship between Xê Đa, a beautiful and courageous woman, and her husband, Prince Po-li-em, who destroys his love and marriage with extreme jealousy.

The play made its debut in HCM City last year.

“Our shows will target visitors who love to discover local culture and lifestyle during their visits.” VnExpress News