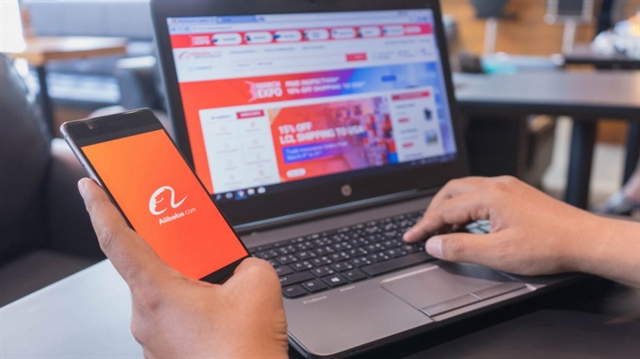 HÀ NỘI — Many small and medium-sized enterprises (SMEs) plan to increase cross-border trade for their products via e-commerce platforms to promote exports in the context of the COVID-19 pandemic.

Trần Thị Yến Phi, CEO of DSW, which sells agricultural products via the Chinese platform Alibaba, said that the company’s revenue increased from US$3,000 to $260,000 after one year. Selling products via e-commerce platforms helped reach customers in Japan, the EU and Southeast Asia.

As DSW does not export through the northern border, the company was not affected by border jams or closures, he said, adding that DSW would continue to promote online exports.

He said the sale via e-commerce platforms was relatively stable, adding that the cooperative would continue to increase online exports.

He said that selling products abroad via e-commerce platforms emerged as an effective channel to expand exports while traditional international trade was affected by the pandemic.

Đặng Hoàng Hải, director of the Ministry of Industry and Trade’s Department of E-commerce and Digital Economy, said that the impressive development of e-commerce was due to the change in the thinking of sellers and exporters.

Notably, SMEs, even micro-sized enterprises and cooperatives, were now ready to sell online. “This is a big change in the way enterprises sell things to the world,” he said.

Alibaba’s statistics showed that the volume of goods sold via the platform increased by 34 per cent in 2021 against 2020, to 7.2 million units.

He said it was important that enterprises be active in using cross-border e-commerce to promote exports and look for partners.

The ministry’s Trade Promotion Agency and Alibaba recently inaugurated the Việt Nam Pavillion on the e-commerce site, which would be run within one year to promote Vietnamese products. The cooperation also aimed to increase digital transformation capacity for Vietnamese enterprises.

Statistics of the Việt Nam E-commerce Association showed that cross-border e-commerce in 2021 rose by 25.7 per cent against 2020.

Nguyễn Đức Trung, Deputy Director of the Enterprise Development Agency under the Ministry of Planning and Investment, said that the Vietnamese economy was switching to a digital economy, in which e-commerce was a core factor.

Trịnh Khắc Toàn from Amazon Global Selling said that e-commerce was an inevitable trend. At the same time, traditional retail slowed down due to the pandemic, adding that cross-border trade posted impressive growth since 2019, and the trend would continue to be robust until 2024.

He added that cross-border trade would help remove complicated traditional export methods while making it easier to access consumers around the globe.

Vietnamese e-commerce market reached $17 billion and is expected to reach $29 billion in 2025, while the digital economy was forecast at $52 billion, ranking third in ASEAN in 2025. — VnExpress News