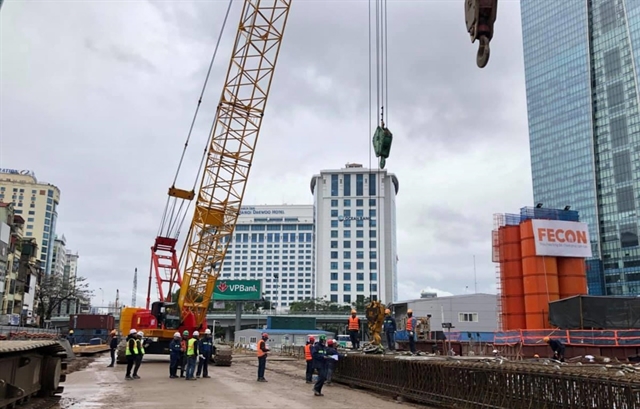 The market benchmark VN-Index on the Hồ Chí Minh Stock Exchange (HoSE) increased 0.29 per cent, to finish the trading day at 1,505.38 points.

The market breadth was positive as 161 stocks declined while 291 rose and 45 ended flat.

Nearly 794.7 million shares were traded on the southern market, worth VNĐ25.2 trillion (US$1.1 billion).

Compared to the price before the Tết (Lunar New Year) holiday, HPG has increased by 12 per cent. With the fact that the company has more than 4.47 billion shares listed on the stock market, an increase of 12 per cent means HPG’s capitalisation has increased by VNĐ22.8 trillion.

On the other side, banking stocks performed poorly as they suffered strong selling forces at the end of the trading session, with losers including Orient Commercial Bank (OCB), Asia Commercial Bank (ACB), Vietinbank (CTG), Vpbank (VPB), Techcombank (TCB), Sacombank (STB), Vietcombank (VCB), Bank for Investment and Development of Vietnam (BID) and Eximbank (EIB).

Nineteen out of 25 sector indices on the market made gains, including wholesale, insurance, securities, IT, retail, healthcare, agriculture, rubber production, food and beverage, seafood production, construction materials, and logistics.

Of the VN30 basket, 16 stocks increased while 14 decreased.

The northern market index had gained 0.22 per cent to close Tuesday at 417.89 points.

During the session, nearly 65 million shares were traded on HNX, worth VNĐ1.9 trillion. — VnExpress News