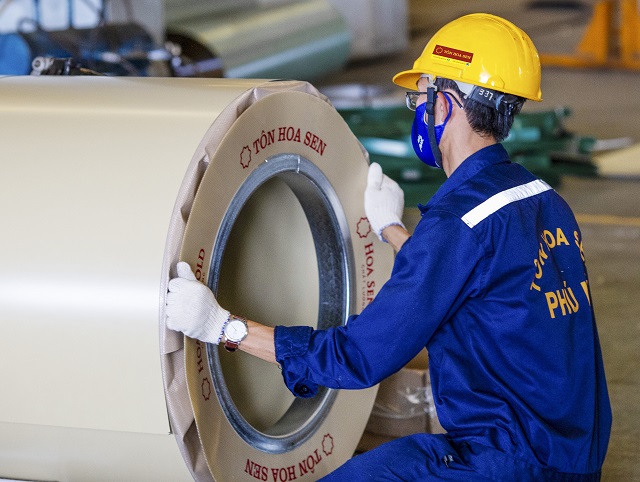 A worker of Hoa Sen Group (HSG) in its factory. HSG lost 7 per cent Friday. Photo courtesy of HSG

The market breadth was negative with 370 stocks falling and 92 rising.

Liquidity was at a low level with more than VNĐ23.6 trillion (US$1 trillion) poured into the southern market, equivalent to a trading volume of over 764 million shares.

Five of the 30 biggest stocks in capitalisation on HoSE posted gains, while 24 slid, the other stayed flat.

Liquidity on the northern exchange declined with over 84 million shares worth VNĐ2.7 trillion being traded.— VnExpress News