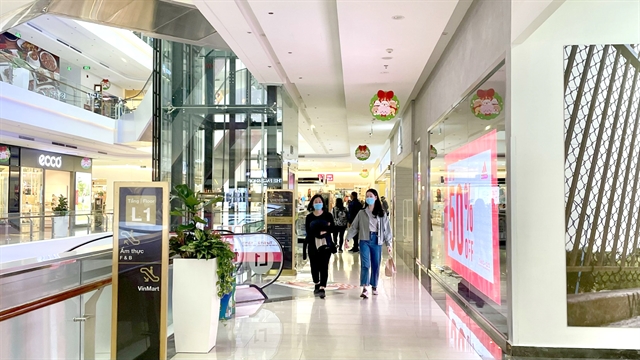 HÀ NỘI — Shares opened the new week in a positive zone but the market diverged as investors remained cautious about the market outlook in the short term.

On the Hồ Chí Minh Stock Exchange, the VN-Index edged up 0.4 per cent to close Monday at 1,510.84 points. The southern market’s index rose slightly last week.

Liquidity also improved with nearly 792 million shares worth VNĐ23.4 trillion (US$1.02 billion) changing hands, up 15 per cent in volume and 10 per cent in value compared to last week’s average levels.

Half of the top 30 largest shares by market value and liquidity gained but 11 declined and four closed flat. Big contributors to the market included Vingroup (VIC), up 1.7 per cent; Vietnam Rubber Group (GVR), up 3 per cent; lender BIDV (BID), up 1.2 per cent; Development Investment Construction (DIG), up 3.8 per cent; and Asia Commercial Bank (ACB), up 1.6 per cent.

Masan Group (MSN), PV Gas (GAS) and steelmaker Hòa Phát Group (HPG) were the ones dragging the market most with losses of between 0.9 per cent and 1.8 per cent, respectively.

According to Trương Hiền Phương, senior director of KIS Securities Vietnam, the market is still in a cautious state with investors paying attention to the development of the Russia-Ukraine conflict.

“It is clear that market liquidity is not high, at a low average level compared to recent times. The market is being traded in a narrow range, not completely entering the bullish or bearish cycle but was in a “sideways” state,” Phương said.

On the Hà Nội Stock Exchange, the HNX-Index affirmed its uptrend with the fifth rising session in a row, rising 1.24 per cent to end Monday at 440.99 points. The northern market’s index has gained 4.7 per cent since mid-February.

Liquidity also increased here with more than 103 million shares worth VNĐ2.9 trillion being traded, up 21.4 per cent in volume and 17.4 per cent in value compared to Friday’s levels.

According to Viet Dragon Securities, cash flow continued to look for opportunities in a few single stocks, hence the market divergence was still strong. VN-Index will head to and retest the recent peak area of 1,512 points.

Foreign traders remained net buyers on HCM City’s bourse with a net buy value of VNĐ176 billion but they concluded as net sellers on Hà Nội’s exchange, offloading shares worth a net value of over VNĐ17 billion. — VnExpress News