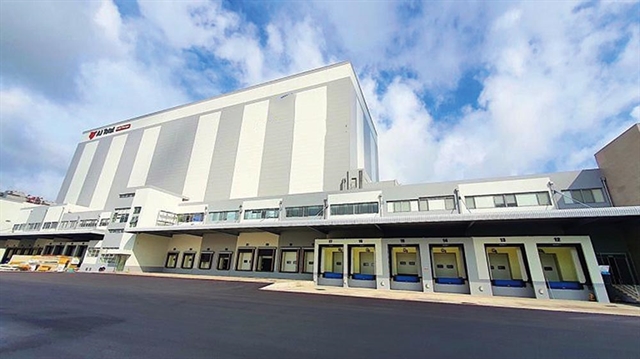 HÀ NỘI — Due to mounting demand for cold storage, investments in cold facilities have begun to take off in recent years.

Savills, a global real estate services provider, reported that Việt Nam’s cold storage segment was growing and forecast to be worth US$295 million by 2025 with an annual growth rate of 12 per cent.

Savills said modern commercial retail was the driving force behind the industry growth, and about 80 per cent of demands came from the food industry.

Mekong Logistics of Minh Phu-Gemadept, ABA Cooltrans and Hoang Anh Gia Lai Group were the leading cold storage suppliers with a capacity of 45,000-50,000 shelves per warehouse.

In 2020, Việt Nam Green Startup began the construction of five smart cold warehouses in the Mekong Delta region, one of which is located in an area of 10,000sq.m in Trà Vinh Province with an initial outlay of VNĐ24.5 billion (US$1.07 million).

Later in June, Trường Hải Auto Corp followed suit with an extensive cold storage system in Chu Lai Economic Zone with a capacity of 2,400 tonnes. In August, In Do Trans Logistics Corp was granted a loan of $70 million to build warehouses and cold warehouses in HCM City.

Similarly, Hùng Vương Corp inaugurated a cold warehouse of 60,000 pallets in Tân Tạo Industrial Park in the same year, recognised as the largest in Southeast Asia, and the second in the world in terms of capacity.

Another warehouse of AJ Total Vietnam was also expected to begin operation in Hưng Yên Province in May 2022, with a capacity of 23,000 pallets.

Preferred Freezer Services, a US cold storage supplier operating in HCM City, said that it was going to build more cold warehouses in Mekong Delta region, Hà Nội, Đà Nẵng, Quy Nhơn and some other provinces in the next five years.

Savills believed demands for cold storage in Việt Nam would continue to rise steadily, creating more room for investments in the future.

“All of these factors mean that demands for cold storage would only increase, meaning there is great potential for investors to develop this market to cater to upcoming demands”, said John Campbell, Manager of Industrial Services, Savills Vietnam.

Trương Đình Hòe, general secretary of Vietnam Association of Seafood Exporters and Producers (VASEP), admitted that demands for refrigerated facilities in Việt Nam were mounting, and they came from seafood, meat, vegetables and retail.

Notably, seafood exports and retail are expected to be the main drivers of cold storage development in the future.

To encourage more investments in the cold chain, VASEP has urged the Government and the State Bank of Vietnam to offer favourable loans to those firms that plan to build cold warehouses of 5,000 pallets or above.

The loans are recommended to come with zero interest rates in the first two-and-a-half years and low rates in the following years. — VnExpress News