Retail sales of goods, services up in May 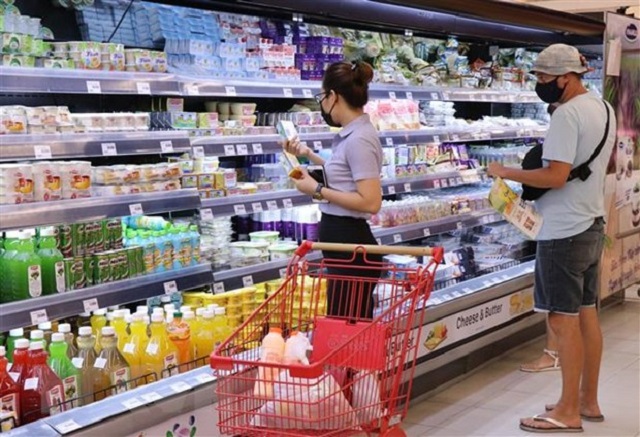 HÀ NỘI — Việt Nam saw strong growth in its revenue from retail sales of goods and services in May 2022 due to an increase in tourism demand after the pandemic is bascially under control and the 31st SEA Games was successfully held in the country in mid-May.

According to the General Statistics Office (GSO), the nation’s total revenue from retail sales of goods and services surpassed VNĐ477 trillion (US$20.7 billion) in May, up 4.2 per cent on the month and 22.6 per cent on the year. The growth on year reached a higher rate in the years before the pandemic.

According to GSO, the total revenue from retail sales of goods and services surpassed VNĐ2.25 quadrillion in the first five months of 2022, up 9.7 per cent year-on-year.

Meanwhile, the revenue from accommodation and catering services in the first five months rose by 15.7 per cent. The high demand of domestic tourists and the SEA Games 31 helped revenue in May increase by 69.3 per cent over the same period last year.

The strong recovery of tourism activities and the 31st SEA Games increased the travel and tourism revenue in the first five months of 2022 by 34.7 per cent over the same period last year.

When export activities have faced many difficulties from fluctuations in the market, increases in sea freight and prolonged transportation time, some small and medium-sized enterprises have been returning to the domestic market.

He said exports face many difficulties from high sea freight and congestion at international seaports.

Meanwhile, agricultural and food products are still essential products on the domestic market, although consumers have tightened their spending due to the pandemic.

“Despite the difficulties from the pandemic, the domestic market of the food industry is still quite good. During the outbreak period of the pandemic, many businesses in this field operated efficiently and even expanded their market shares. Now that the pandemic is controlled, opportunities for small and medium enterprises will open up,” Huỳnh told VnBusiness.

Nguyễn Hoàng Đạt, director of Vinahe Co. Ltd., an enterprise in Bình Phước Province specialising in cashew nut production and processing, said exports were now a challenge for the company.

The company continues to focus on the domestic market even though there are periods of slow production due to the pandemic. Now, sales from domestic supermarket chains account for about 90 per cent of the company’s total revenue.

According to experts, when focusing on the domestic market, businesses need to pay attention to local consumer confidence in their products.

Domestic consumers now have more and more information about products, brands and services, and their needs are also increasingly demanding.

Therefore, in the long term, small and medium enterprises need to have strategies to enhance the quality of their products and services and produce according to the market’s needs. — VNS