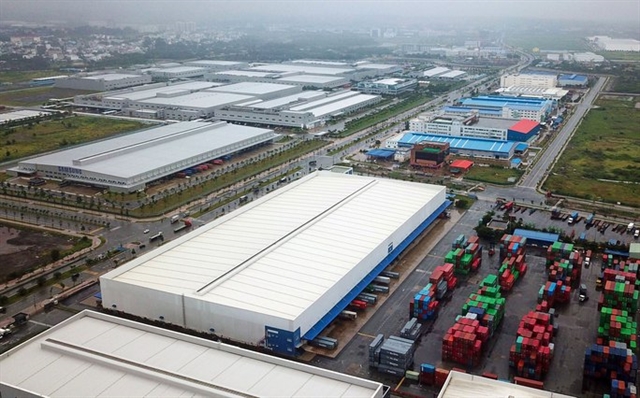 Many businesses in the HCM City Hi-Tech Park face difficulties in adjustment of construction design and local planning. — Photo courtesy of nld.com.vn

At a seminar held last week to discuss solutions for smoother administrative procedures for SHTP enterprises, many businesses said they were facing many difficulties in adjustment of construction design and local planning.

After the administrative procedures began with the SHTP Management Board and went on to the People’s Committee of Thủ Đức City and other departments, they would often be asked to return to the starting point.

A representative of the Việt Nam – Japan High-Tech Investment Company said that complicated administrative procedures have delayed the company’s project in SHTP for three years, despite getting an investment license in 2019.

He said a lack of consensus among People’s Committee of Thủ Đức City, HCM City Department of Construction and the SHTP Management Board was partly the reason for the delays, the representative said.

Businesses asked for early support from HCM City in streamlining administrative procedures so that they can proceed with production unimpeded and ensure stable revenue from their factories in Việt Nam.

Nguyễn Anh Thi, head of the SHTP Management Board, said that 95 per cent of commercial land (land with infrastructure) has been licensed and allocated to businesses by the board.

However, there was still a lot of land lying vacant because enterprises having problems with procedures, unable to implement their projects.

The SHTP management board said it will discuss with relevant agencies early solutions for problems facing businesses and seek guidance from the HCM City People’s Committee in implementing them.

It was mentioned at the seminar that while moving from the 2003 Land Law to the 2013 Land Law, the SHTP management board had failed to issue a decision on land lease as the foundation for dealing with subsequent administrative procedures and legal issues, including issuance of land use right certificates and amendments to land lease contract appendices.

“Previously, we reported to the HCM City People’s Committee about 24 cases of missing land lease decisions, based on the opinions of the Department of Justice and were allowed to issue additional land lease decisions,” Thi said, adding that another 48 cases were awaiting official documents

When the problem of land lease decision is solved, other issues can be cleared up easily, he said.

Vương Anh Thu from the HCM City Department of Planning and Architecture said the lack of uniform perspectives among relevant agencies has contributed to delays in administrative processing time.

He said it was important that the SHTP management board meet with the People’s Committee of Thủ Đức City and the HCM City departments of Planning and Architecture, Justice, Construction and others to make definitive solutions possible at the earliest. — VNS