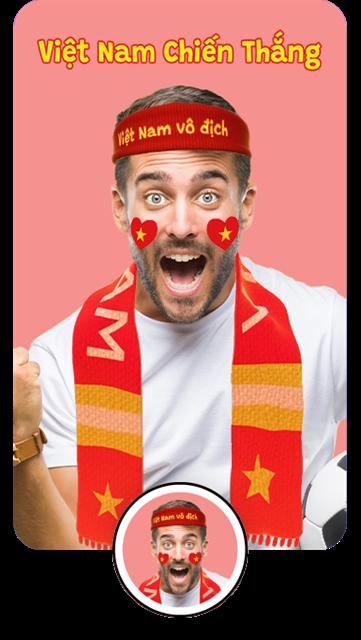 With support from VTV Live, fans will also get a chance to directly speak with the country’s most popular athletes including footballers, who are themselves set to join the channel.

There will be daily updates, match scores and highlights, cheering goals with custom AR-powered lenses, and prizes to lucky members.

Members can look forward to highlights of the national team’s journey as they embark on World Cup qualifiers.

Viber will also launch custom Việt Nam chiến thắng and Việt Nam vô địch lenses for fans to show their support for the national team. As a bonus, they will get an inside look into some of Việt Nam’s top footballers’ lives through interviews.

The initiative is another step in Viber’s fan-first campaign, particularly in football.

It earlier partnered with FC Barcelona in 2018. Now 1.7 million Barca fans world-wide get exclusive content like special lenses, fancy sticker packs, a behind-the-scenes look into the daily lives of the players, and club news and updates.

Rakuten Viber is part of Rakuten Inc., a leader in e-commerce and financial services. — VnExpress News