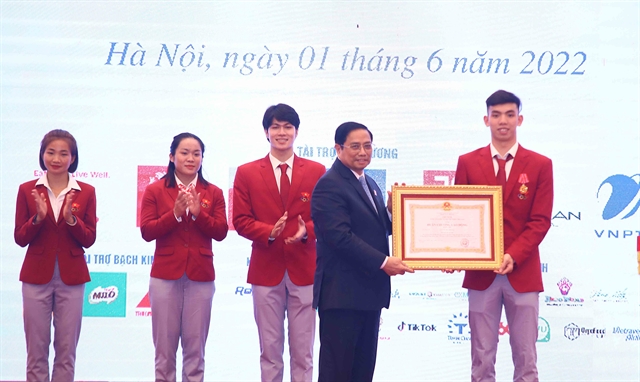 Speaking at the ceremony, the Prime Minister said: “The 31st SEA Games was the largest-scaled sporting event of the region which ended successfully. I am happy to meet with the Việt Nam team and have the opportunity to review our athletes’ 17 days of exciting and attractive competitions for national pride.

“On behalf of the leaders of the Party and State, I warmly congratulate and especially commend the outstanding achievements that the Việt Nam team achieved.

“You brought joy, happiness and pride to millions of supporters. There were many smiles and tears of happiness during these days.”

PM Chính highlighted the determination and strong effort from the athletes to overcome many difficulties including the COVID-19 pandemic to obtain the best possible results.

The Prime Minister said the SEA Games Organising Committee left many challenges behind to hold a safe, thoughtful and solemn sporting festival economically.

International friends and supporters came to Việt Nam and enjoyed a festive environment under the local people’s nice and friendly hospitality and saw Vietnamese people’s cheerfully encourage the nation.

They were also introduced Việt Nam’s historic and culture identities, visited attractive tourism sites, and were given the opportunity to taste local cuisine. 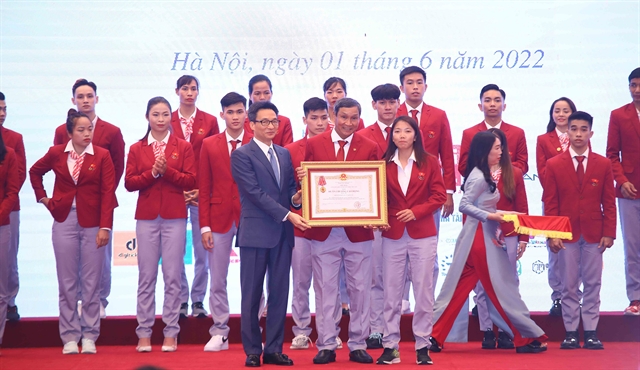 Also at the event, the U23 men’s squad and the women’s national football team, which successfully defended their titles were given the third-class Labour Orders.

It was the second time this year that the women’s side received the order. The first time was the first-class Labour Order after their outstanding performance in the 2022 AFC Women’s Asian Cup, helping Việt Nam win a place in February’s FIFA Women’s World Cup 2023 for the first time.

A group of 19 athletes in aerobic, swimming, canoeing, athletics, dance-sport, finswimming, rowing, gymnastics and weightlifting, also earned third-class Labour Orders for their achievement at the Games on home soil.

PM Chính added: “Based on the SEA Games’ success and despite being able to organise pre-Games activities, I suggest that sport managers continue to maintain and strengthen the position of elite sports in Việt Nam and set higher targets in training and competing producing talent that can develop national sports and improve Việt Nam’s position in the region and the world.”

He also asked the sport managers to pay more attention to amateur sports and focus on selecting and investing in sports that are suitable for Vietnamese people’s fitness and stature then gradually approach the levels of Asia and the world.

He said the Strategy on Development of Việt Nam’s Physical Training and Sports to 2030, with a vision to 2050, should be completed soon and submitted to the Government for approval.

The Prime Minister also asked cities’ and provinces’ authorities to research and propose policies for athletes and coaches so that they would have better conditions in training, competing and living during their competition time and after their retirement.

Also, hundreds of athletes and coaches were awarded certificates of merits at the ceremony.

The biennial event, which attracted almost 10,000 athletes, coaches, officials and staff, was initially slated for late 2021 but delayed due to the COVID-19 pandemic.