Plan of using State capital must be realistic: NA 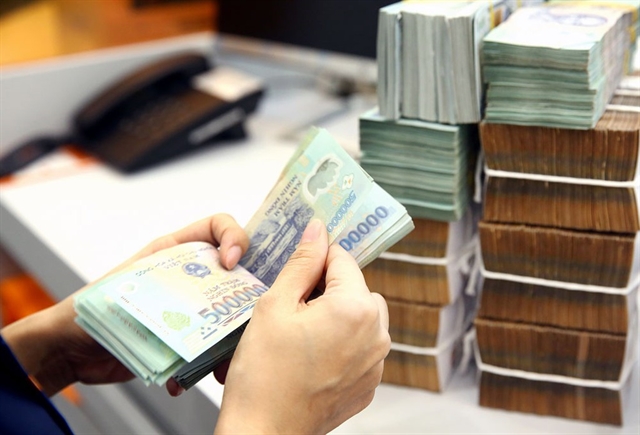 HÀ NỘI — The plan for using State capital in development investment must be realistic to ensure efficiency, according to the National Assembly’s Finance and Budget Committee.

The committee’s Deputy Chairwoman Nguyễn Thị Phú Hà said on Monday at the third meeting of the 15th National Assembly that the plan of using the State budget for development investment was not feasible, with incorrect capital demand, forcing the plan to be adjusted three times.

At the meeting, Minister of Finance Hồ Đức Phớc disclosed that the ministry’s report on the budget in 2020 showed that collection totalled more than VNĐ1.5 quadrillion, while spending reached VNĐ1.7 quadrillion, 1.9 per cent and 3.6 per cent lower than the plans, respectively.

The public debt level fell significantly from 63.7 per cent of gross domestic product (GDP) in 2016 to 55.2 per cent by the end of 2020, with debt maturities extended and borrowing costs reduced, which helped strengthen the national financial safety and security and create room to support growth and promptly respond to the pandemic, Phớc said.

According to Hà, the committee’s verification report found some limitations in budget collection in 2020, such as central budget revenue, tax and fee collection failing to meet the plan. The collection of land use fees was much lower than in previous years.

The plan for using State capital for development investment lacked feasibility and localities did not register their capital demands correctly, which forced the plan to be adjusted.

There was also a lack of observance in the implementation of the budget plan, such as slow allocation and disbursement of public investment and violations in allocating capital, she said.

The committee’s report also pointed out that the revenues from land lease and mineral exploitation were mismanaged in some localities, causing losses to the State budget. In addition, tax evasion remained an issue.

She said that accountability must be enhanced to increase discipline in the implementation of the State budget plan.

According to the finance ministry, the COVID-19 pandemic heavily affected budget revenue in 2021 as a number of industries suffered, such as aviation and tourism, together with the implementation of a number of tax reduction and exemption policies to promote economic recovery.

From the end of the third quarter, with the large-scale vaccination campaign coupled with drastic measures to remove difficulties for businesses, economic activities recovered and supported budget revenue.

Budget collection totalled nearly VNĐ1.57 quadrillion in 2021, 16.8 per cent higher than the plan.

Phớc said that some industries, such as construction, steel and automobile manufacturing, generated high profits and contributed significantly to the State budget.

Budget collection was estimated to be equivalent to 46.6 per cent of the plan for this year, 15.4 per cent higher than the same period last year. The total sum of VNĐ16 trillion in tax reduction and exemption was provided to enterprises and residents in the first four months of this year.

The Russia – Ukraine conflict as well as rising oil and material prices might push up input costs which would put pressure on budget revenue in the following months, Phớc said.

The ministry would maintain flexible and cautious fiscal policies and keep a close watch on the development of the COVID-19 pandemic, together with monetary and other macroeconomic policies, to accelerate socio-economic recovery, he said.

He added that focus would be placed on speeding up administrative reform, digital Government development and enhancing tax management.

The Government targeted to collect revenue of more than VNĐ1.4 quadrillion and planned a total spending at VNĐ1.78 quadrillion, meaning a budget deficit of four per cent of GDP. — VNS